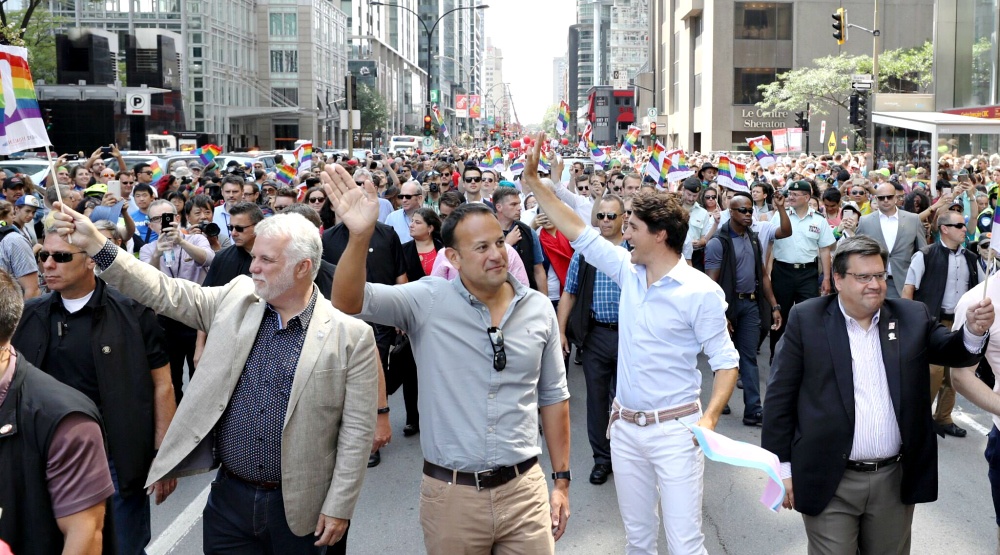 The 2017 Montreal Pride Parade was one for the record books!

Over 7000 people flocked to the city to march in Montreal’s largest parade: the infamous pride parade. However in addition to locals and tourists, there were two participants who stood out from the crowd.

Canadian Prime Minister Justin Trudeau marched in the parade, as he has done on many occasions in Montreal and was also joined by Irish Prime Minister Leo Varadkar who is was in Canada for a three-day visit.

The two smiled and waved as they made their way along Rene-Levesque, from Drummond Street to Alexandra-DeSeve Street.

It was certainly a sight to behold.

For those unable to catch a glimpse, check out 18 photos and videos of Justin Trudeau walking in the Montreal Pride Parade 2017.

A post shared by Martin Perreault Photography (@martinperreault.ca) on Aug 20, 2017 at 2:49pm PDT

A post shared by Martin Perreault Photography (@martinperreault.ca) on Aug 20, 2017 at 2:47pm PDT