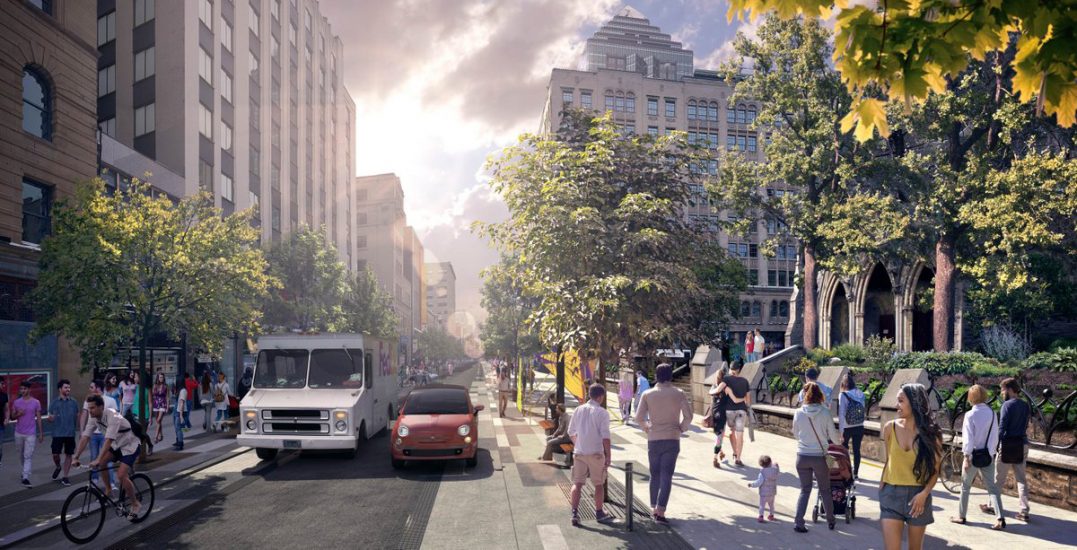 It’s been less than 24 hours since plans for the new Ste. Catherine Street West redevelopment has been revealed, but the project is already being praised.

The design itself is anything but ordinary. The plan to reduce vehicle traffic to one lane and expand the width of sidewalks is a risky one. The plan is receiving equal servings of both affection and disdain. 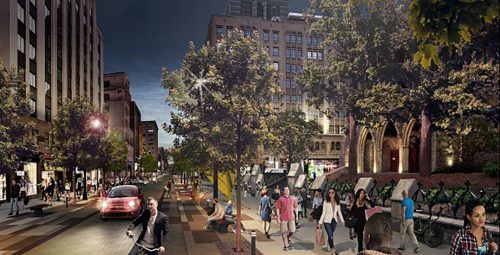 It would seem as if the city’s neighbours in Toronto are already big fans of the project – call it jealousy if you will.

Jennifer Keesmaat was quick to share her love of the idea, going so far as to say that Montreal is “stealing [her] heart” and calling it a city for people.

Oh Montreal, you are stealing my heart. New design Saint-Catherine Street unveiled. Dramatic widening of sidewalks, hundreds of additional trees, and narrowing the street to a single lane. #CitiesForPeople pic.twitter.com/DO0G6Hq4Mj

Keesmaat, a Canadian urban planner, was the former chief planner for the City of Toronto from 2012 to 2017. She’s also worked in Vancouver, Regina, Halifax, Ireland, and Greece. 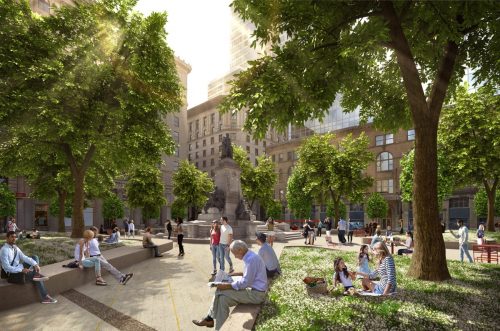 The design also drew some kind words from Christopher Hume, an urban issues columnist for the Toronto Star. He described the design and Montreal’s governing body as being part of a “progressive city,” rather than the regressive auto age that Toronto “finds itself stuck in.”

Dramatic contrast between Montreal’s progressive city gov’t and Toronto’s, which finds itself stuck in the auto age and the regressive attitudes that go with it. https://t.co/oo1LpS5hvj

Love it or hate it, Montreal’s new streets are definitely a change from the status quo. Only time will tell how the city’s bold project will play out.