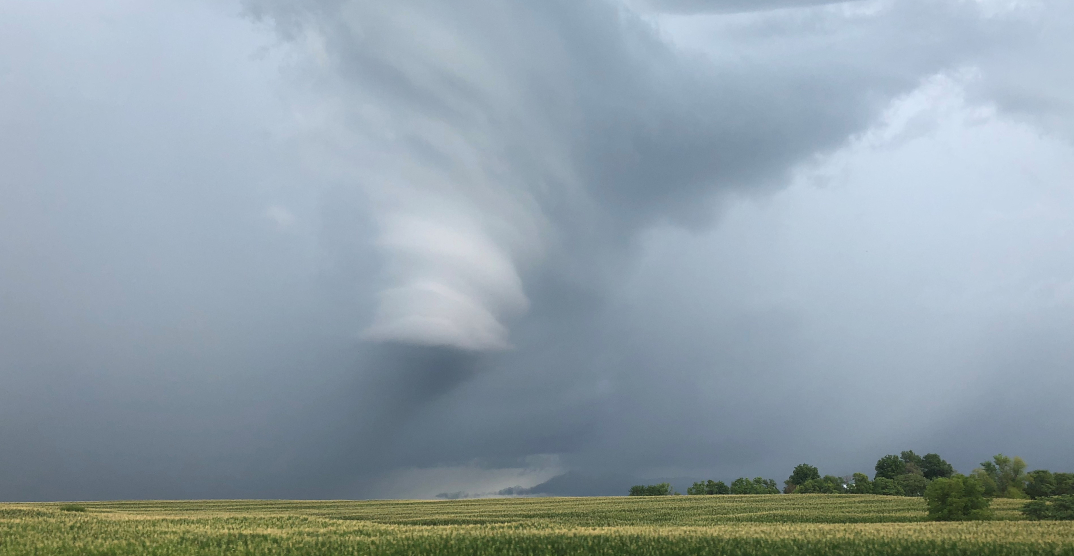 A 60-year-old man is dead after a tornado touched down in Mascouche on Monday afternoon, about 45 km north of Montreal.

In a phone call with Daily Hive, Marisa Curcio, a spokesperson for the Service de police de la Ville de Mascouche confirmed the man died after seemingly taking refuge inside a small shed before the tornado hit.

Curcio said police were called to the scene just after 4 pm in the Croissant Nelligan area of Mascouce, near Autoroute 25. She said two other people were taken to hospital with “minor injuries.”

Curcio added that clean-up is underway across the town where emergency crews are clearing debris.

Mascouche Mayor Guillaume Tremblay took to Facebook throughout the afternoon and evening on Monday, urging citizens to avoid the area until crew members cleaned up. Mayor Tremblay said damage was “extensive” and expects 50 to 70 homes were affected by the tornado.

On Monday morning, Environment Canada issued a severe thunderstorm watch for Montreal and its surrounding areas, warning of the possibility of tornados.

Footage shared across social media shows the tornado’s path and a bit of the aftermath of destruction.