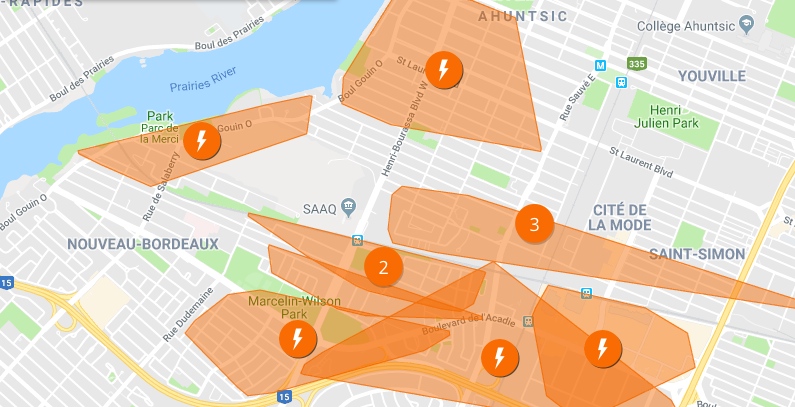 Thousands of Montrealers in the Ahuntsic-Cartierville area of the island are without power to start off the work week.

According to Hydro-Québec, more than 16,000 homes and businesses lost power at 6:08 am due to an equipment failure.

The electricity company does not yet know the full extent of the outages and can’t give an exact timeline for when power will be fully restored for the impacted areas of Montreal-North.

In a phone call with Daily Hive, Hydro-Québec confirmed that dozens of teams have been deployed and are hopeful to have power back by the early afternoon.

Pre-planned construction on Verville Street had already been scheduled at several different homes and business to be powerless on Monday morning. It is currently unknown if the mass power outages and equipment failure are related to the construction.