Summer may not have officially arrived yet, but warmer temperatures are heating up the city and event season is officially upon us!

Here are 31 things for you to check out this June.

Monkland Grand Prix Festival
What: This festival is the first of two special events hitting the Monkland Village this summer and will bring a breath of fresh air into the F1 Festival scene. The Monkland strip will be full of merchants, restaurants, food trucks, exotic cars, circus acts, kids zone, DJs, and dancing.
When: Thurday, June 9 to Sunday, June 12
Where: MVP Montreal, 5654 Monkland Avenue

BIAN 2016
What: This year, the BIAN presents its major exhibition AUTOMATA featuring many Canadian and international artists, including a delegation of Swiss artists – the featured country for BIAN 2016. The programs offers chance to discover a new generation of artists who combine visual arts and digital technology together.
When: Friday, June 3 to Sunday, July 3
Where: Various locations

Montreal Beer Festival
What: America’s most important beer festival is back for its 23rd edition expecting over 180,000 festivalgoers! Enjoy an entire week of activities related to beer and fine food.
When: Wednesday, June 8 to Sunday, June 12
Where: Palais des congrès de Montréal, 201 Viger Street West

Grand Prix Montreal
What: One of the most exciting weekends in the summer is back! Enjoy the Formula One race during the day and dance the night away at all the F1 parties taking place across the city.
When: Friday, June 10 to Sunday, June 12
Where: Various locations 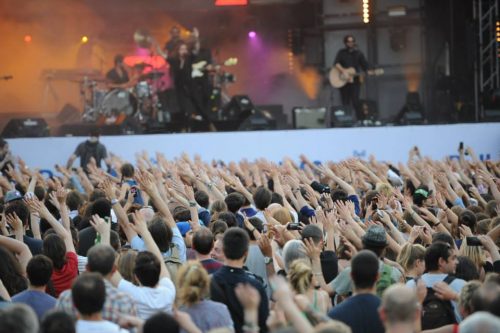 Mural Festival
What: Located in the heart of Saint-Laurent boulevard, MURAL’s program offers the public a plethora of art related activities. You will have the opportunity to witness the making of murals in real time, attend exclusive musical events, enjoy outdoor exhibitions, and feast in sublime gastronomy.
When: Thursday, June 9 to Sunday, June 19
Where: Various locations

Montreal Fringe Festival
What: With over 700 shows, local and international performing artists will take over the Plateau Mont-Royal. Featuring dance, theater, music, comedy and more, the Fringe Festival is Montreal’s most unique block party!
When: Thursday, June 9 to Sunday, June 19
Where: Various locations

Grain de Ciel
What: Recognized as Montreal’s largest kite festival, this event brings together kite-flyers from the US, France, and Canada that will hold acrobatic and monochord kite-flying demonstrations for the public.
When: Saturday, June 11 to Sunday, June 12
Where: Various locations

Montreal Jazz Festival
What: Ranked as the world’s largest jazz festival by Guinness World Records, the festival hosts some 30 countries, 3,000 musicians, and 1,000 concerts in 15 concert halls and 8 outdoor stages from noon to midnight daily.
When: Wednesday, June 29 to Saturday, July 9
Where: Various locations

Mutek Festival
What: A festival dedicated to digital creativity and electronic music combining concerts, audio-visual performances and conferences across Montreal.
When: Wednesday, June 1 to Sunday, June 5
Where: Various locations 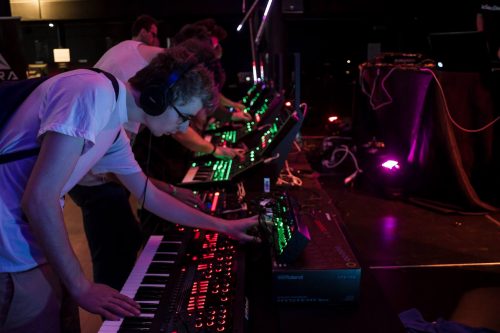 Let’s Roll for the Kids
What: Have fun while helping others at Yaldei’s annual fundraising bike-a-thon. This is the largest family bike-a-thon benefitting children with special needs in Quebec. There will be plenty of activities including face painting, cotton candy, entertainment and more.
When: Sunday, June 5
Where: The Big Top, 7000 Boulevard Lasalle, Verdun

Cars and Coffee
What: Experience the first Cars and Coffee presented by Porsche Prestige. Owners of vintage cars, modified cars, and sports cars, are invited to showcase their vehicles and share their passion with other car enthusiasts.
When: Sunday, June 5, from 10 am to 2 pm
Where: Porsche Prestige, 3535 Chemin De La Côte De Liesse

Go Bike Montreal Festival
What: Ready to experience a festival on the move? Then this festival is right up your alley. Whether you prefer a relaxed outing or an athletic challenge, there’s a biking experience for everyone.
Where: Various locations
When: Until Sunday, June 5 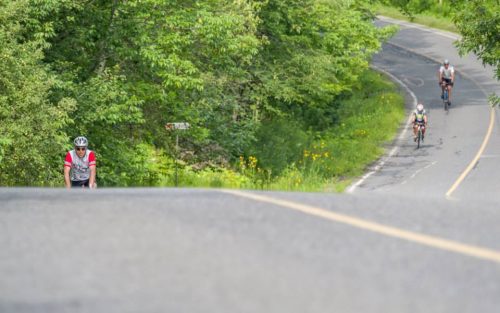 Elektra Festival
What: The 17th installation of this internationally renowned digital arts festival combining art and new technologies promises to be bigger and more innovative than ever.
Where: Usine C, 1345 Avenue Lalonde, Montréal
When: Wednesday, June 1 to Sunday, June 5

Dirty Dancing
What: The classic story is hitting Montreal this week, bringing with it music, dancing, and of course, romance. As the story goes, don’t leave Baby in the corner, and make sure you brush up on your singalong skills, Hungry Eyes.
When: June 1-5, show times vary per day
Where: Place Des Arts, 175 Sainte-Catherine Street West, Montreal

Cirque Du Soleil – Luzia
What: Get your imagination stimulated and entertain your senses at Luzia. Luzia transports the audience to imaginary Mexico, and the trip is sure to leave your world colourful. The show runs until July 17.
When: Now until July 17, showtimes vary.
Where: Old Port of Montreal, Quay Jacques-Cartier, de la Commune Street Est, Montreal

Sugar Sammy
What: Montreal’s very own Sugar Sammy returns for some hometown laughs. Although some of his local shows are sold-out, some tickets are available for selected shows. Make sure to grab ‘em sooner than later though!
When: June 3-4, and 24-25.
Where: Olympia de Montreal, 1004 Ste-Catherine Est, Montreal 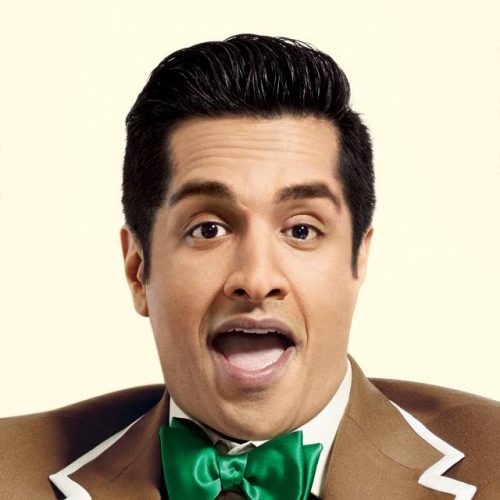 Piknic Electronik
What: Our weekly music festival is back throughout the month at Parc Jean Drapeau. Artists this month include Josh Wink, Erik Faulkner, Ruls, Roux Soundsystem, Zepha, and Wolf + Lamb. The $11.50 is worth it.
When: June 5, 12, 19, 26
Where: Parc Jean-Drapeau, 1 Circuit Gilles Villeneuve, Montreal

Jerry Seinfeld
What: A comedian who needs no introduction, Jerry Seinfeld returns to Montreal for his signature stand-up, which is bound to leave you laughing for days. Seinfeld has two shows on the same evening.
When: Thursday, June 9 at 7 pm and 9:30 pm
Where: Place Des Arts, 175 Rue Sainte-Catherine, Montreal

Brand New
What: As a band, Brand New’s fan base is dedicated. Their current tour, which often has two back to back dates, have sold-out across North America. Although their first night in Montreal is sold out, you can still snag some tickets for the second show.
When: June 11-12 at 8 pm
Where: Olympia de Montreal, 1004 Ste-Catherine Est, Montreal

A Very Frozen Musical
What: Theatre St Denis transforms into a classic fairy tale land for two showings of A Very Frozen Musical. This family friendly tribute show features a 3 character cast, including the Ice Queen, the Ice Princess, and their lovable friend. Kids have a chance to interact with the princesses during the show!
When: Sunday, June 12 at 11 am and 2pm
Where: Theatre St-Denis,1594 St-Denis Street, Montreal

Tame Impala
What: One of this summer’s most highly anticipated shows is Australian psychedelic rockers Tame Impala. Still touring their 2015 hit album “Currents,” these guys will make you sing, dance, and leave you wanting more. Even Rhianna is a fan, just check out her cover of their track “Same old Mistakes.”
When: Sunday, June 12 at 7 pm
Where: Bell Centre, 1909 Avenue des Canadiens-de-Montreal, Montreal 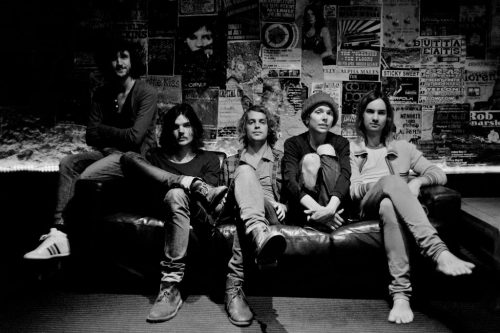 Mary Poppins
What: Yep, our favourite magical nanny is on stage this month for a French version of the English classic. Get your Supercalifragilisticexpialidociousness on, en francais!
When: June 15-30 at 8 pm.
Where: Theatre St-Denis,1594 St-Denis Street, Montreal

Montreal Alouettes
What: Catch some good ol’ Canadian football this month, with preseason beginning on June 8. A preseason game against the Toronto Argos goes down on June 17, and the first regular season home game is on June 30 against the Ottawa Redblacks.
When: June 17 and 30.
Where: Percival Molson Memorial Stadium, 475 ave des Pins O., Montreal

Matt Corby
What: Fresh off a set of sold-out tour dates across Australia and North America, blue-eyed singer-songwriter Matt Corby heads to Metropolis for a highly anticipated concert. This one is bound to sold-out.
When: Sunday, June 19 at 7 pm
Where: Metropolis, 59 Rue Sainte-Catherine Est, Montreal

Montreal Wish Lantern Festival
What: The first of its kind, the Montreal Wish Lantern Festival takes inspiration from the traditional Asian Lantern festivals. For this, organizers are using summer solstice (longest day of the year) to release worries and fears, while wishing love and fortune into the universe.
When: Monday, June 20 at 5:30 pm
Where: Atop Mount Royal lookout (by the chalet)

City and Colour
What: Dallas Green (aka City and Colour) is celebrating the release of If I Should Go Before You with a cross-Canada tour. Opening for the singer-songwriter is American blues/rock musician Shakey Graves.
When: Monday, June 20 at 6:30 pm
Where: Bell Centre, 1909 Avenue des Canadiens-de-Montreal, Montreal

The Legend of Zelda: Symphony of the Goddesses
What: Yes, that Zelda. Based on the most popular video game series, the tour is a live orchestral performances of the theme music from the Zelda franchise. Expect a ton of cosplay in the audience.
When: Saturday, June 25 at 8 pm
Where: Place Des Arts, 175 Rue Sainte-Catherine, Montreal 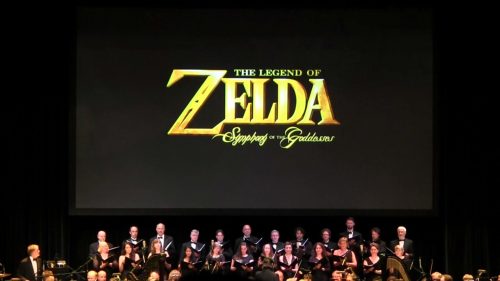