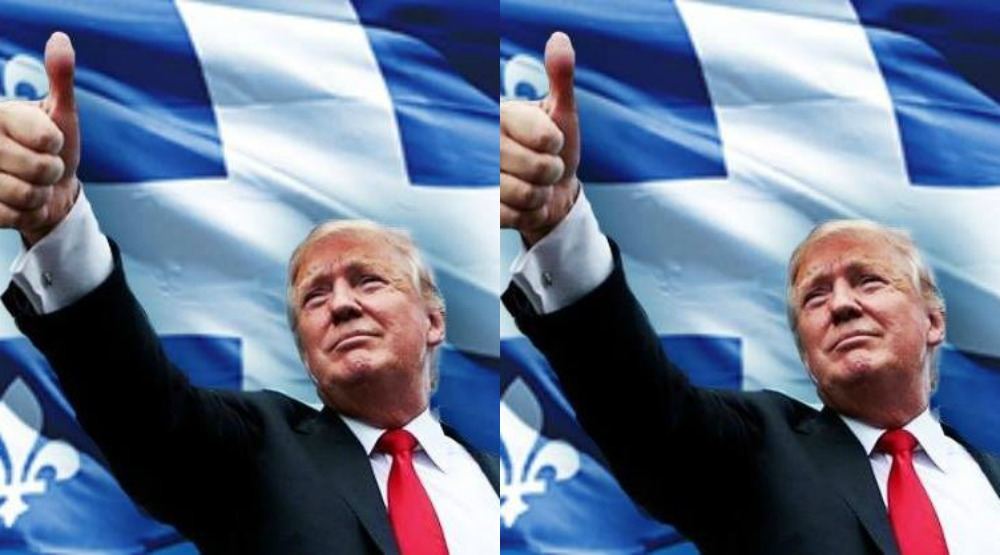 With only 2 months left in the U.S. presidential campaign, and with some people worried that Democratic presidential nominee Hillary Clinton may be losing ground to her Republican opponent, I was curious about people’s local fascination with Donald Trump.

Since this is a subjective opinion piece. I don’t need to hide the fact that I believe Trump has very few redeeming qualities. Perhaps, if the two presidential candidates facing off were of similar stature and expertise and ran on two different, yet equally valuable, political platforms, I’d be more inclined to appreciate the Republican candidate.

As it stands, Trump personifies everything I dislike. Pompous, narcissistic, a self-serving demagogue, a braggart, a man who knows little and understands even less of the intricacies, tediousness, and complexities of political governance, and yet pretends that he’s have mastered the game.

Most worrisome to me, his use of racist, xenophobic, and divisive language, which plays on the fears and prejudices of many, has revealed a section of the U.S. population that seems highly responsive to it.

Much to my surprise, however, it turns out that there’s a (albeit it, very small) group of Quebecers who seem to be ok with it too. One would think that a province that has served as this country’s moral compass more than a few times wouldn’t fall for this hate mongering, but then that would mean conveniently forgetting that there’s a segment of the population that also shares his anti-immigrant and anti-Muslim sentiments.

There’s a Facebook page called Québécois pour Trump, where you can get “news, memes, and comments on the 45th President of the U.S., and why the world needs him.” 1,538 people have liked this page so far, so I went scrolling.

“If this is supposed to be funny, it’s scary as hell,” I initially thought to myself. “If it’s supposed to be serious, it’s terrifying.” Turns out, it’s a legit support page with links to his legitimate campaign page and I’m morbidly fascinated by it.

After all, what kind of Quebecer supports Trump and what are their reasons? Now I’m not saying that all Quebecers supporting Trump are like this lovely group, but a quick tour can certainly reveal a lot about the thought process and values of the many who do.

First off, there’s a video that’s pinned at the top of the page. A spectacular movie trailer, if you will, of what’s to come. One gets the feeling Trump would approve of all this grandiosity.

Half an hour spent scrolling down the page and one quickly finds a mixture of the following: racist and sexist memes, links to hateful anti-immigrant articles, and photos of New York Post front pages, like the one where Marla Maples boasts about having “the best sex of her life with Trump”. It’s posted with the comment: “L’homme, la legende”. Ok then.

A plethora of links from Breitbart Media are also posted. For those who don’t know, Breitbart.com is a platform for the alt-right, where anti-gay, anti-feminist, and anti-immigrant sentiments are expressed on a routine basis, and where facts and evidence only make an occasional guest appearance. Past headlines, just to give you a little taste, “Would You Rather Your Child Had Feminism or Cancer?”, and “Kids Raised By Same-Sex Couples Twice As Likely To Be Depressed, Fat Adults.” Trump’s campaign manager, Stephen Bannon, by the way, is chairman of Breitbart Media.

The page administrator (or administrators) praise Trump, revel in his manhood, his ability to make things happen (have you read The Art of the Deal? they ask), are convinced that Hillary is going to prison, attribute the media’s dislike of him to his inability to be bought, and claim that Trump is the sand that is added to the Vaseline that the powerful use to sodomize us. Poetic…

“People in Quebec would be a lot better off if they read his books and practiced his kind of positive thinking and pride in success, otherwise we’ll stay a province of cucks forever.”

Indeed! When I think of positive thinking I think of Paulo Coelho, Deepak Chopra, and Donald Trump.

Then Tina Rose chimed in to voice her worry about how Trump’s future promised policies regarding Muslims might affect Canadians. But not in the way one would expect.

What’s the moral of the story? I’m not sure. All I know is that this page — as small a segment as it represents in this province — is proof to me that Trump’s hate mongering and xenophobia attracts the exact same kind of people on either side of the border. That’s both revealing and disheartening, but also confirms my worst fears about the kind of anti-immigrant sentiment he’s currently coasting on.