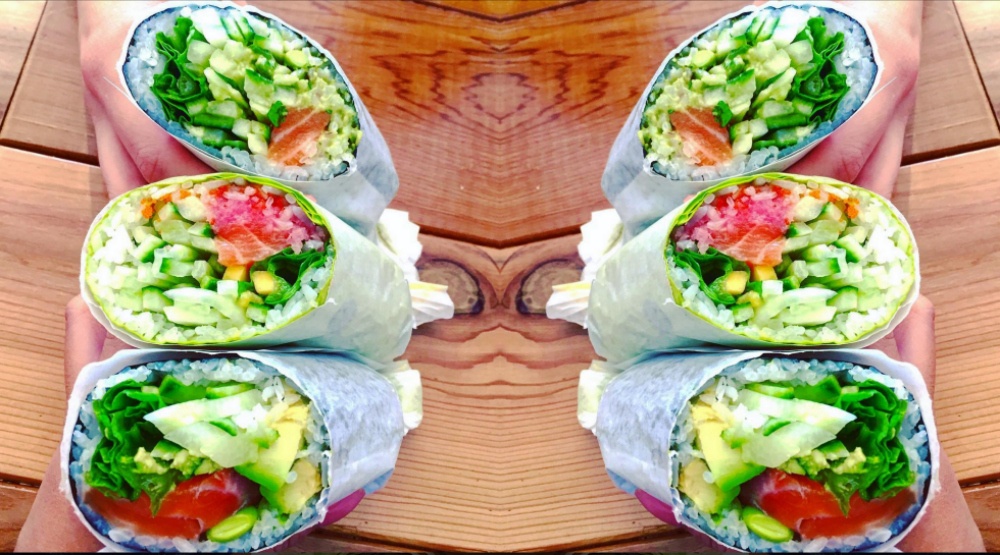 When it comes to trendy foods, Montreal is king. That’s why it’s no surprise that after welcoming the rainbow bagel and the freakshake, Montreal is now home to the sushi burrito.

The sushi burrito is the perfect fusion between a zesty Mexican burrito and a delicious piece of Japanese sushi, and it’s available now in our wonderful city.

Where can you find this mighty meal? None other than Moushi. Moushi is a Japanese eatery on Decarie serving up exactly 8 items. Each of the items on the menu can be “rolled or bowled” depending on what you’re in the mood for. Feel like poke? You’ll want the bowl option, if you’re in the mood for a burrito, then you’re going to want to roll it up.

All menu items include fresh fruits and veggies like apple slices, caramelized onions, or edamame, and special housemade sauces such as kimchi, sesame, and a curry ginger vinaigrette.

Moushi also offers yummy carnivore options like crispy chicken and Hawaiian Salmon, as well as two veggie options for the vegetarians out there.

Hop on the trendy food train while you can and grab a sushi burrito from Moushi!