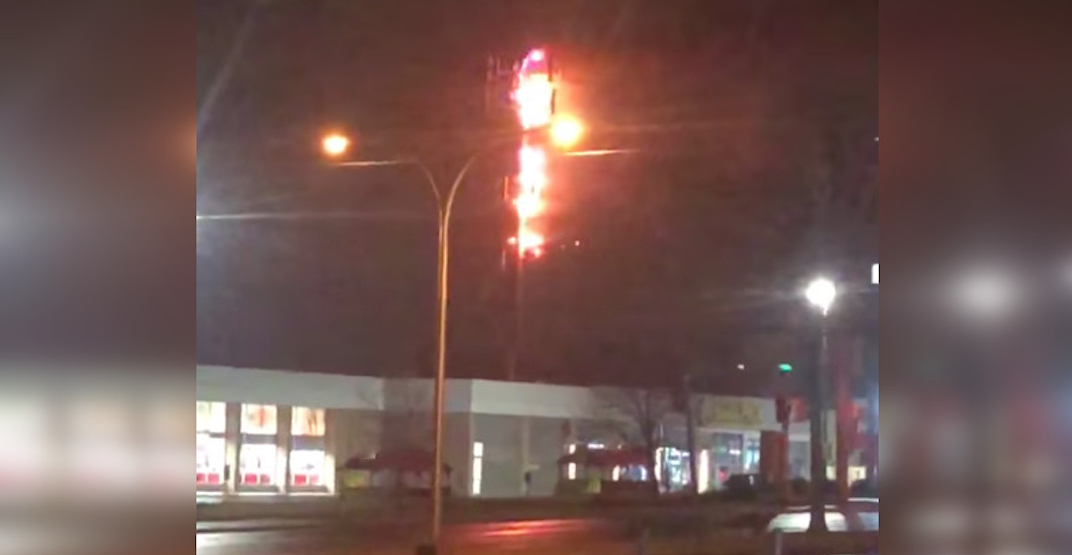 The Sûreté du Québec (SQ) have arrested a man and a woman in their 20s who they say are suspects in a string of cell phone tower fires throughout the Montreal area.

According to the SQ, the arrest comes after a week’s worth of cell phone towers that were set on fire in areas north of Montreal, including four since this past Monday.

Two towers were set aflame on Tuesday and Wednesday in Laval, causing an estimated $200,000 in damage, according to provincial police.

Last Thursday, Facebook user Pantelis Agelakos uploaded a video he had taken of a tower engulfed in flames in Laval.

On Monday, two towers were set on fire in the town of Prévost in the Laurentians, causing an estimated $1 million in damages.

Similar acts of vandalism have occurred in the US and Europe, fuelled by the conspiracy that cell phone towers and 5G networks are tied to the COVID-19 outbreak.

The Ville de Prévost announced it has “no type of 5G equipment listed in our city” and that Bell confirmed the town’s cell towers are of the 4G LTE variety.

Vandalizing cellphone towers does nothing but threaten emergency services and impact the daily lives of Canadians across the country. These recent acts are serious criminal offences and carry severe penalties.

According to police, the two suspects are expected to appear in court later today.