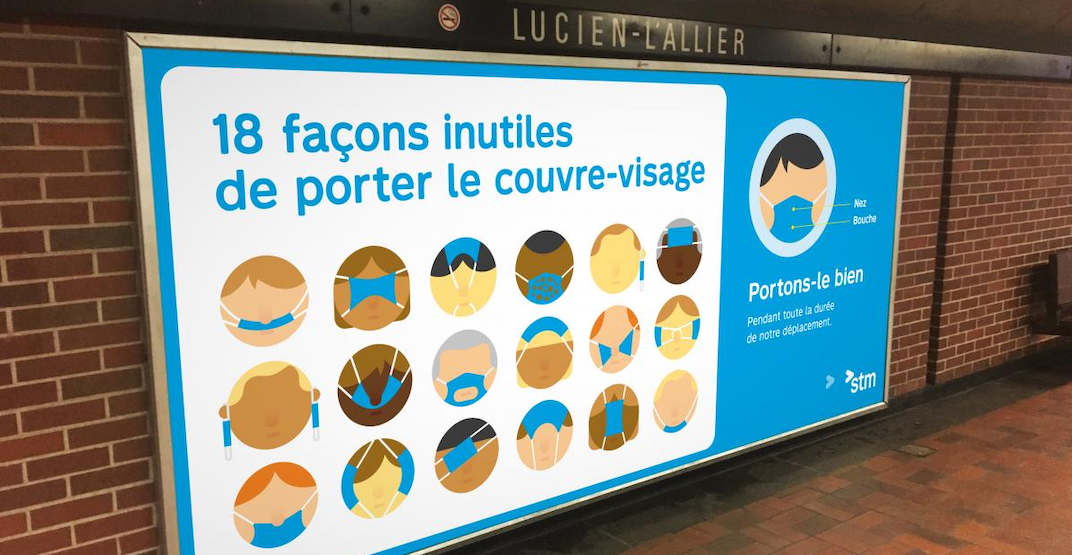 The Société de transport de Montréal (STM) has launched a new campaign aimed at the network’s riders who don’t wear their face coverings in the right way.

The STM says the “vast majority” of its clients are wearing face coverings regularly, but its new awareness campaign is aimed at the “few transit users” who aren’t wearing them properly.

“The campaign takes a lighthearted and humorous approach to remind customers that there are many wrong ways to wear face coverings, but only one right way,” says the STM website. “Face coverings are only effective if they cover both the mouth and nose. It’s also important to keep them on for the entire duration of your trip on public transit, while inside STM buildings and vehicles.”

The campaign will be visible throughout the STM’s network and on all the usual communication platforms.

[Let’s take care of each other] 🚇🚌😷 In public transit, wearing a face covering is mandatory. There is only one good way to wear it right: by covering the 👃 and 👄 for your whole trip. For it to be effective, wear it right. pic.twitter.com/iQDFeN8pYb

Employees will also be on-site to monitor the situation with an emphasis on awareness, an approach that the STM says has been “proven effective” since the start of the pandemic.

“We appreciate our customers’ valuable cooperation and encourage you to keep up the good work. Together, we can continue to make public transit safe for everyone,” concluded the release. 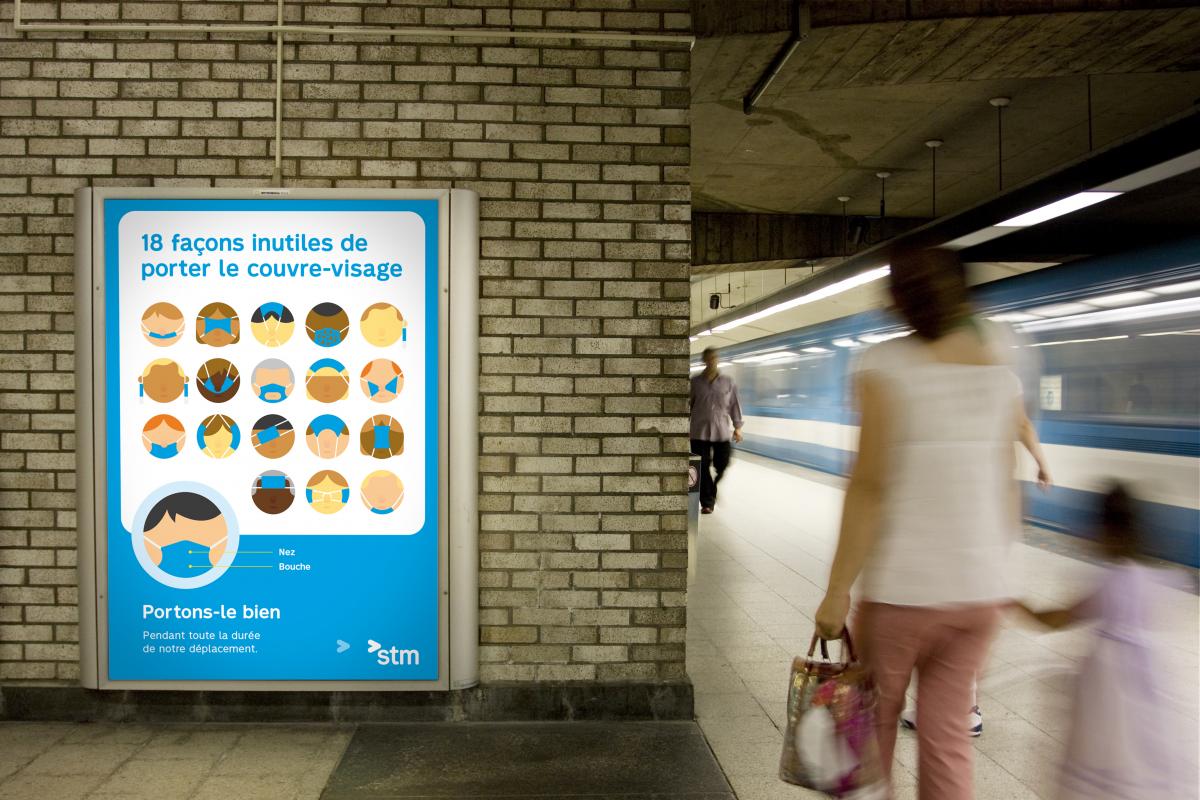 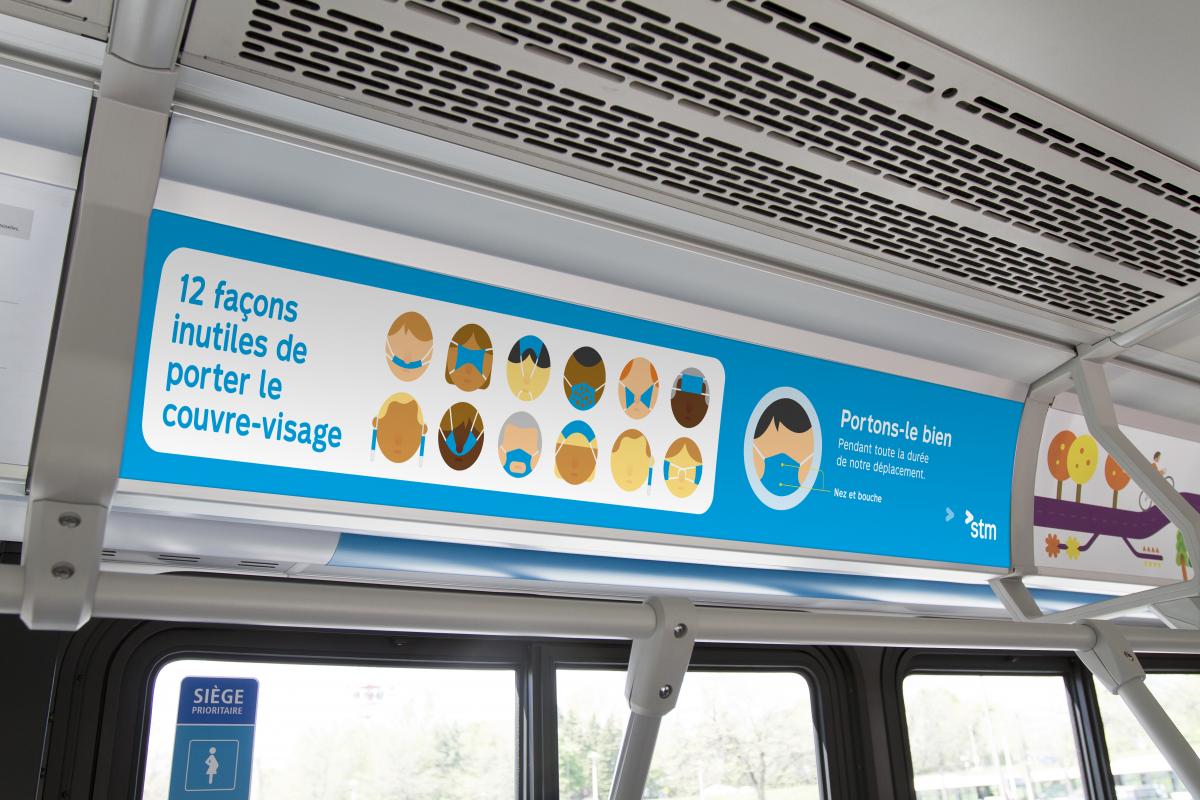