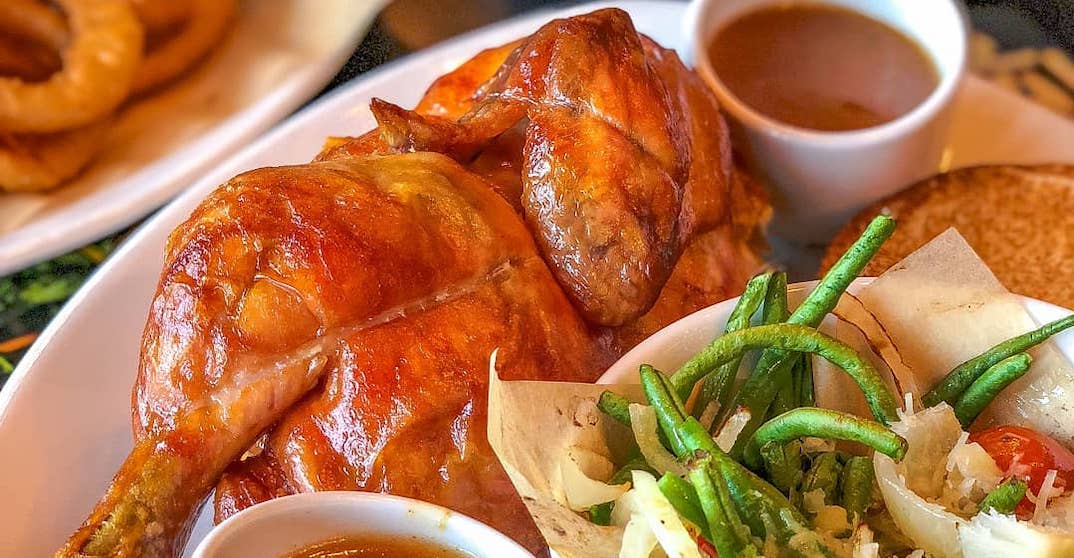 One of Quebec’s favourite rotisserie chicken franchises is joining the mutual aid and generosity movement by launching a “comfort food” campaign.

Officially dubbed “Deliver it forward,” St-Hubert will be delivering 100 meals free of charge to 100 Quebecers in need.

Through the restaurant’s Facebook page (as of April 2), St-Hubert is inviting customers to submit names of people “who deserve a St-Hubert meal.”

The initiative will last for 100 days during which a total of 10,000 meals will be dished out. “The purpose of this project is to break people’s isolation, and above all, to thank citizens who set themselves apart in these difficult times,” the restaurant said in a release.

Through its St-Hubert Foundation, the restaurant is also making a $100,000 donation to the Food Banks of Quebec and will donate 2,000 chicken pies to help families that have been hit hard bu the crisis.

Some of St-Hub’s 75 locations across the province have already made donations to hospital employees, according to the news release, and is “making these pledges of solidarity and promises that 10,000 meals will be provided by its franchisees to community organizations and local heroes.”

“The initiatives announced today will feed people, but above all, do them good. People often tell us that St Hubert provides comfort food. It is with this in mind that we had the idea of delivering comfort to thousands of people, especially those who set themselves apart through their involvement in society,” Richard Scofield, president of the St-Hubert Group, said.