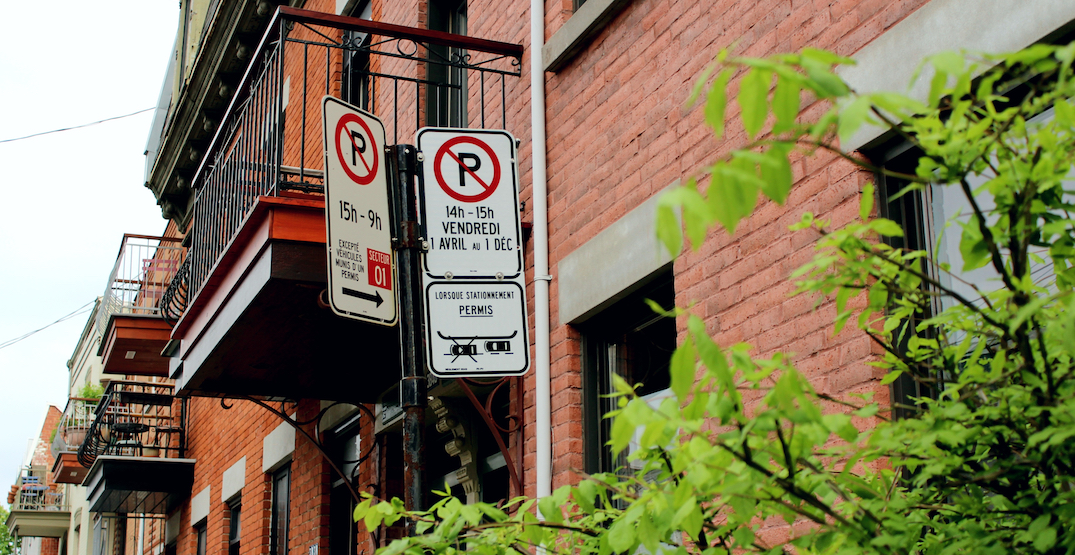 The start of April in Montreal usually means you have to be more conscious of which side of the street you park on.

April 1 is the beginning of street cleaning operations throughout the city but as a result of the pandemic, the city has changed some of its parking regulations for all boroughs.

Street signs that were to be in effect as of today have instead been pushed back to May 1, according to the Ville de Montreal.

As part of the temporary regulations, no tickets will be issued throughout April for all boroughs of the island.

“Only people with a sticker can park in residents-only zones,” continues the statement. “They risk getting a ticket otherwise.”

Expired resident-only stickers are considered valid “until further notice” and new stickers for those zones will not be issued for the time being.

The news release concluded by saying that Montreal’s parking agents’ routes have been modified in order to “prioritize surveillance of infractions with the greatest impact on public safety.”

As always, payments can be made online by credit card or the Agence mobilité app.

“The city would like to remind you that preventing infections is everyone’s responsibility,” concluded the statement. “Montrealers are asked to follow all public health recommendations issued by the Direction régionale de santé publique.”