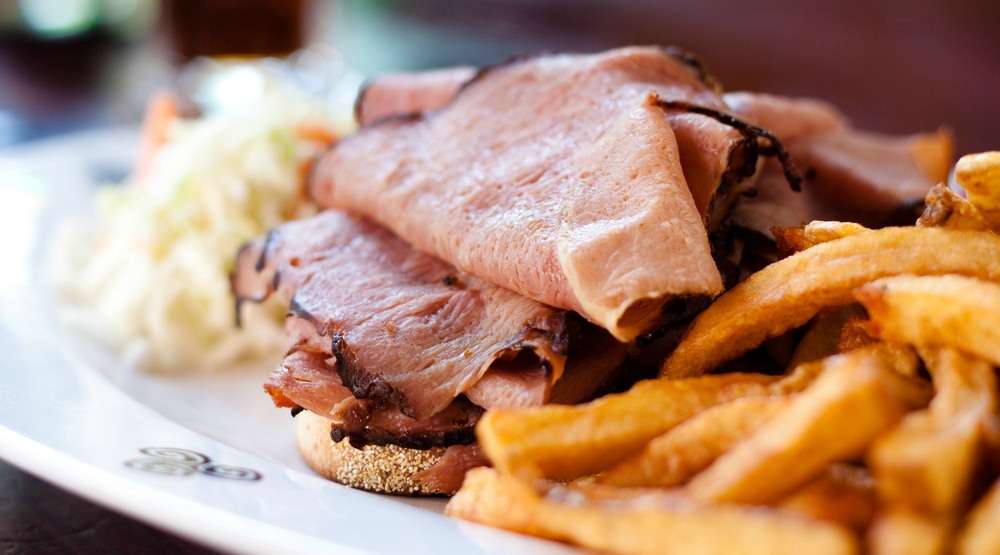 Smoked meat is a Montreal institution. Dating back over a century, Montrealers have been devouring smoked meat sandwiches since before cars were invented.

Sitting down at a local deli and ordering a simple sandwich comprised of smoked meat, mustard, and rye bread is an excellent way to spend an afternoon in our fair city. However, deciding where to go for your smoked meat fix isn’t as easy at it seems.

Check out 5 places where you can get the best smoked meat in Montreal below:

One of the oldest delis in all of Canada, Schwartz’s serves up their famous smoked meat sandwiches every day of the week. Founded by Reuben Schwartz in 1928, this family-run establishment is responsible for the Montreal smoked meat craze. Open until 1am on Fridays, 2:30 am on Saturdays, and 12:30 am every other day of the week, Schwartz’s is there for you day and night (as long as you’re prepared to wait in line).

Located in the heart of downtown Montreal, Reuben’s Deli is a great place to sit down and relax if you’ve been shopping all day on Sainte Catherine Street. This Jewish deli is known not only for their smoked meat, but also for their steak and cheesecake, so you can have a full three-course meal here if you like. In addition, the space is much larger than that of Schwartz’s so at Reuben’s you can properly sit down and have a table to yourself.

If you’re looking to live like a local when visiting Montreal, Lester’s is your best bet. Located in the upscale neighbourhood of Outremont, a trip to Lester’s will allow you to escape the busy streets of downtown Montreal. The lineup is nowhere near as long as Swartz’s, and their sandwiches are absolutely delicious. Be sure to order Lester’s vinegar french fries on the side.