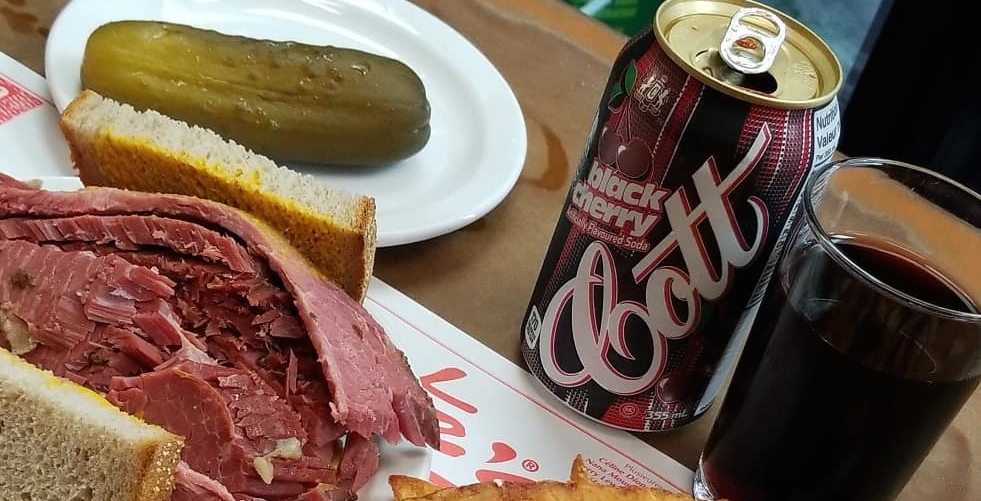 It’d be tough to find a more iconic duo in Montreal than a Schwartz’s smoked meat sandwich and a can of cherry soda.

However, an aluminum can shortage across North America has caused the famous deli to run out of Cott Black Cherry Soda.

In a phone call with Daily Hive, Schwartz’s deli confirmed that customers simply  “have to drink something else.”

The 90-year-old deli, located on St-Laurent Boulevard, says that they haven’t been able to restock on Cott Black Cherry Soda from their supplier for two weeks, due to the shortage of aluminum cans. 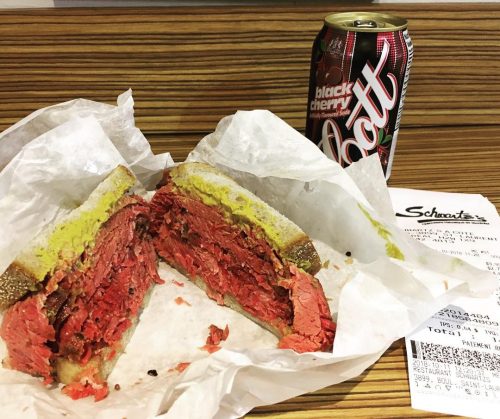 Speculation has led that Donald Trump’s trade tariffs of aluminum imports are to blame.

In May, the Trump administration places tariffs (an added fee) for imports of Canadian aluminum to the US and Canada responded by a 10% tariff of its own on products moving from the United States to Canada.

The extra costs of moving the aluminum across borders may have prompted the can shortages, especially for smaller companies like Cott compared to the major soda brands.

Schwartz’s representatives told Daily Hive that they’re expecting to be restocked by mid-November.

Until then, here’s hoping there are no pickle shortages or we’re going to have some big problems.