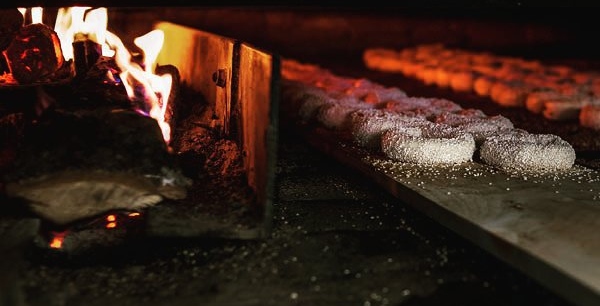 After cracking down on residential fireplaces and stoves in the city, Montreal officials are now turning their attention towards banning charcoal and wood-burning ovens in restaurants.

In a phone call with a spokesperson for Jean-François Parenteau, Montreal’s committee member responsible for environmental issues, it was confirmed to Daily Hive that the city no longer wants to tolerate harmful air pollution from commercial business and that a ban of wood-burning and charcoal ovens will be considered.

Beloved shops and restaurants like our famous bagel-makers, pizzerias and Portuguese grilled chicken spots, for example, would have to find alternative ways to cook.

Wood-burning stoves and ovens release small, polluting particles into the air which contributes to smog. The effects of such ovens are more noticeable in densely-populated areas where residents breathe in polluted particles.

According to the Ville de Montreal website, burning wood is a detrimental source of fine particle emission (PM2.5) and behind transportation, it is one of the main causes (39%) of wintertime smog.

Besides the impact to the environment, pollutants from burning wood can affect health, aggravate asthma, childhood bronchitis, lung cancer and can lead to chronic heart and/or lung disease.

If the city were to pass a ban it wouldn’t take immediate effect, according to Parenteau’s representatives, but if it were to happen, it would occur gradually starting in 2019.

There’s also a proposed option of allowing existing business to keep on burning, and grandfather-in new businesses to use the proper equipment.

Many well-known establishments in Montreal have switched to part-wood, part-gas ovens in some places and if the ban goes ahead, the plan would be to switch all restaurants to gas-burning grills, ovens and stoves.