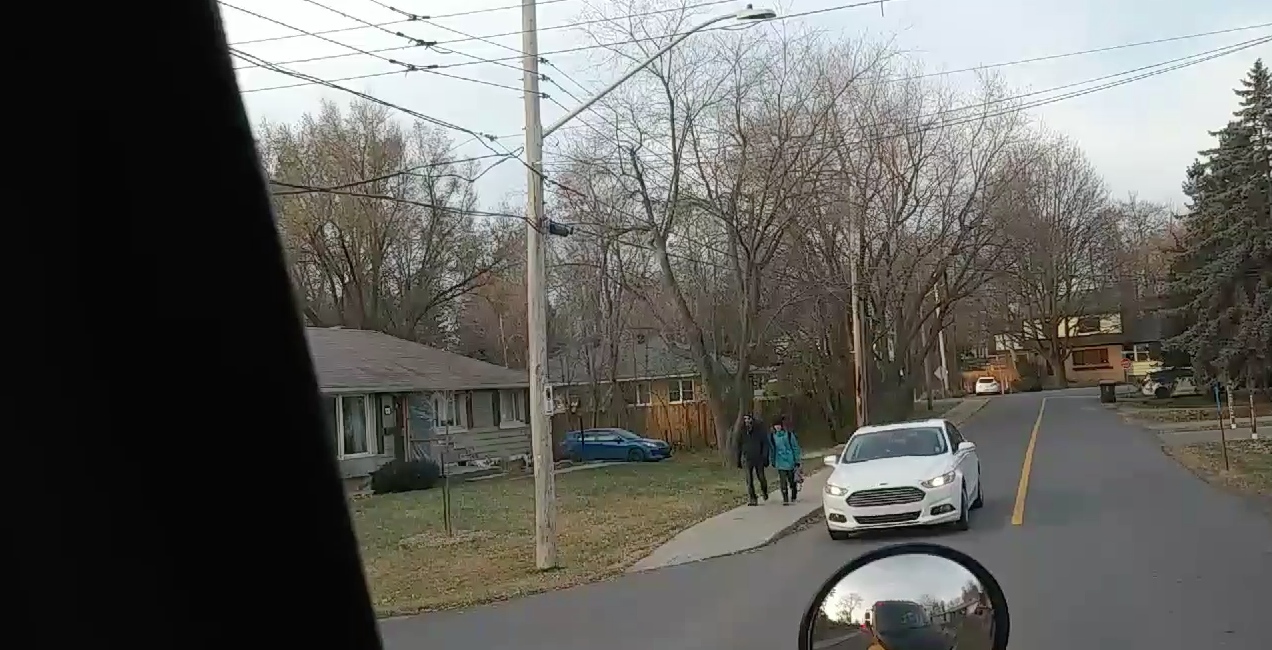 School bus driver, Manon Girouard, says she’s disappointed and scared with the amount of drivers who don’t respect the rules of the road and zoom past her bus’ flashing stop sign – especially when kids are involved.

Girouard works for St. Edmund Elementary School in Beaconsfield in the West Island and says too often, cars aren’t giving her the right of way when she’s picking up and dropping off children from school.

The bus driver installed a dash-cam on her vehicle in the hopes of catching drivers breaking the law. She posted a video of her morning route to Facebook after witnessing another car blow through her flashing stop sign.

The white car approaches the bus and zooms past its stop sign (which is visible through the bus’ side mirror) at the 1:35 mark.

After honking her horn, she says in French, “incredible, they really passed through my stop sign.”

Girouard claims through Facebook that she’s shocked at the amount of cars who ignore the stop sign, ironically bringing their children to school.

She’s also lobbying that school buses in Quebec be equipped with constantly running dash cams, like in Ontario.

As per the Société de l’assurance automobile du Québec (SAAQ), when a yellow school bus stops to let children on or off, red lights will flash and stop signs are deployed on the side of the bus.

Drivers must immediately come to a complete stop, regardless of whether you are following or crossing the bus in the opposite direction.

Passing a school bus when its red lights are flashing is an offence that is liable to a penalty of nine demerit points and a $274 fine.