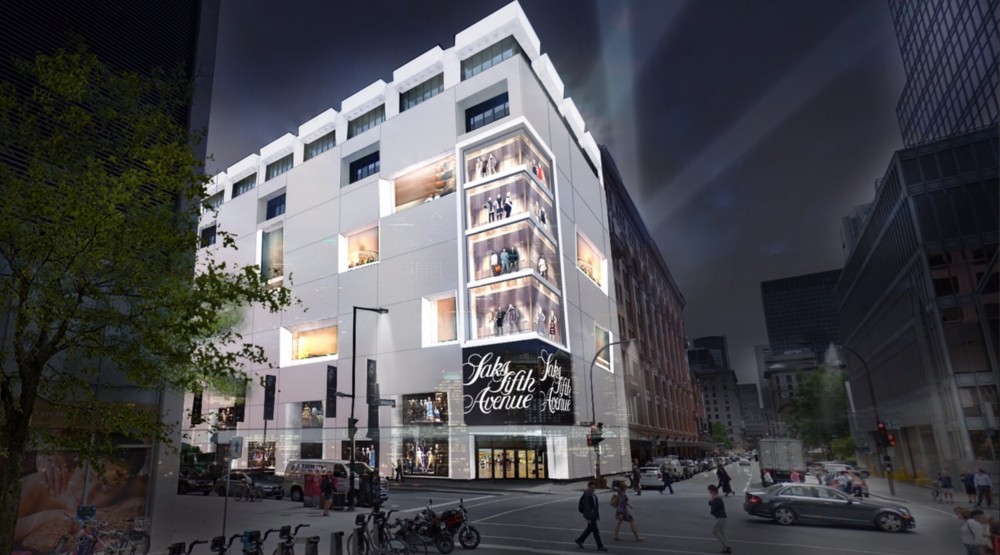 Yes the rumours are true.

Luxury giant Saks Fifth Avenue will be opening its doors in Montreal an the flagship is set to be the largest in Canada.

Getting those piggy banks ready? You should be.

The store will be located inside the historic Hudson’s Bay on Boulevard de Maisonneuve spread across around 200,000 square-foot over a few levels.

The company’s Queen Street flagship, where Hudson’s Bay and Saks Fifth Avenue are co-located has been a success so far and hopes remain the same for the enext location in Montreal.

One thing that will set the Montreal store apart however is a Quebec-themed Saks Fifth Avenue food hall.

Saks Fifth Avenue currently has two full-line stores in Canada at CF Toronto Eaton Centre and CF Sherway Gardens, and has announced plans for a store in Calgary, Alberta.

The opening for Montreal is planned for Fall 2018.