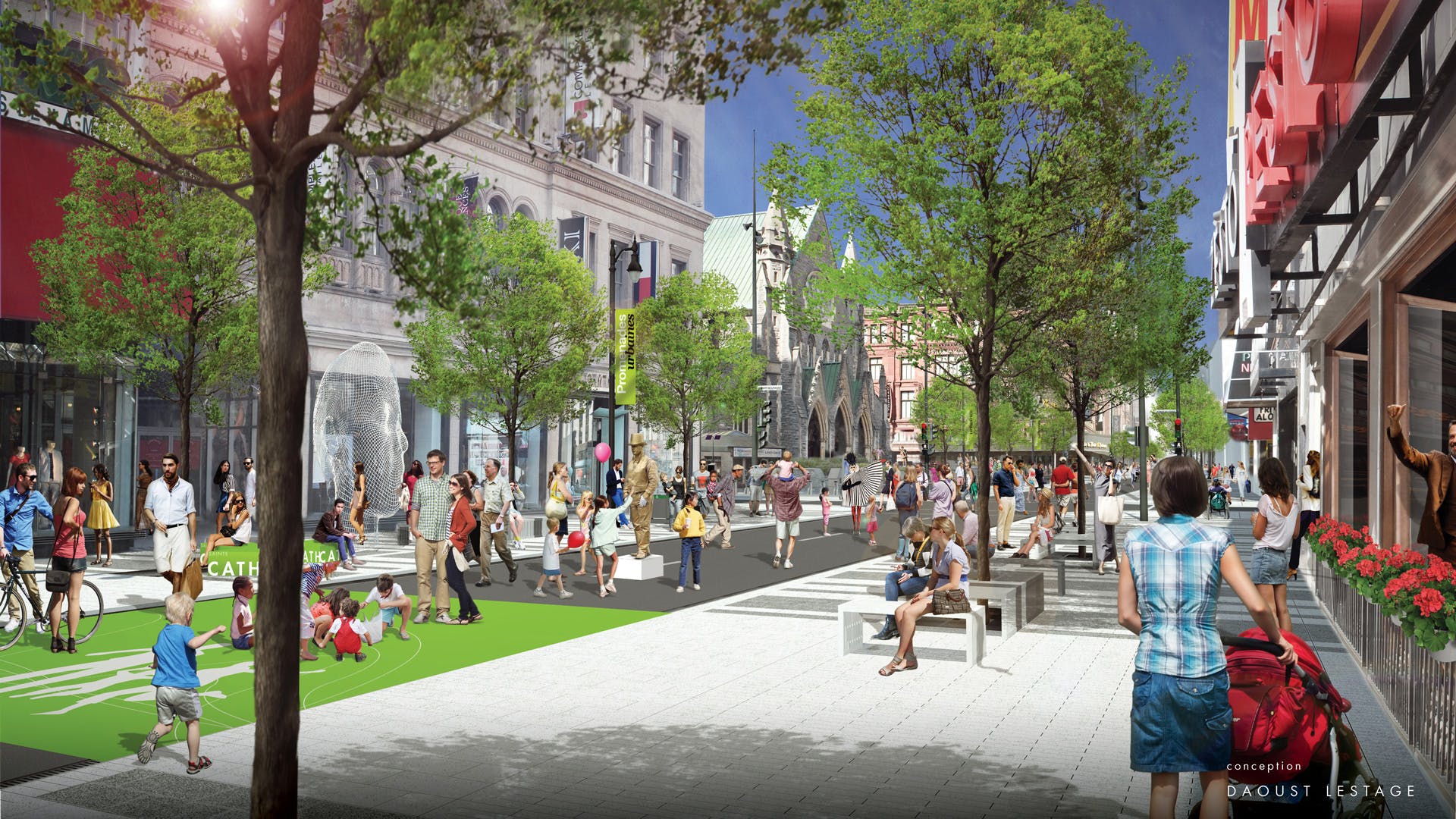 Sainte-Catherine Street’s $95-million makeover kicks off on January 8, and you may be wondering what all that money is going towards.

The project extends 2.2 km, between Avenue Atwater and Rue De Bleury, and will take place in two phases. 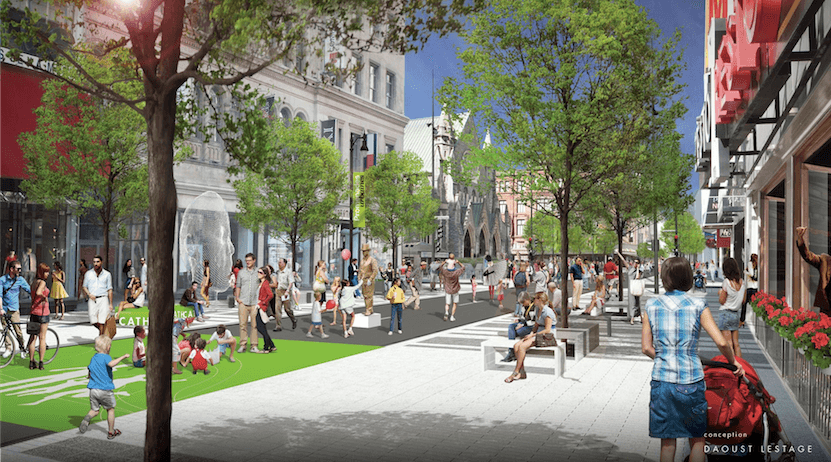 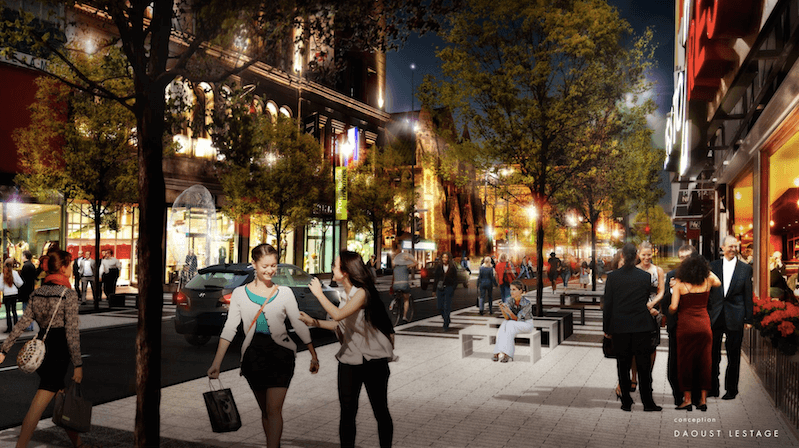 The makeover will also aim to align with Montreal’s smart city goals and free Wi-Fi access, electric vehicle charging stations, energy-efficient lighting, and applications for smart parking will be added to the street.

Sidewalks will also be expanded between Avenue McGill College and Rue Aylmer. Sidewalks will be widened to 6.5 metres in order to allow more space for pedestrians. 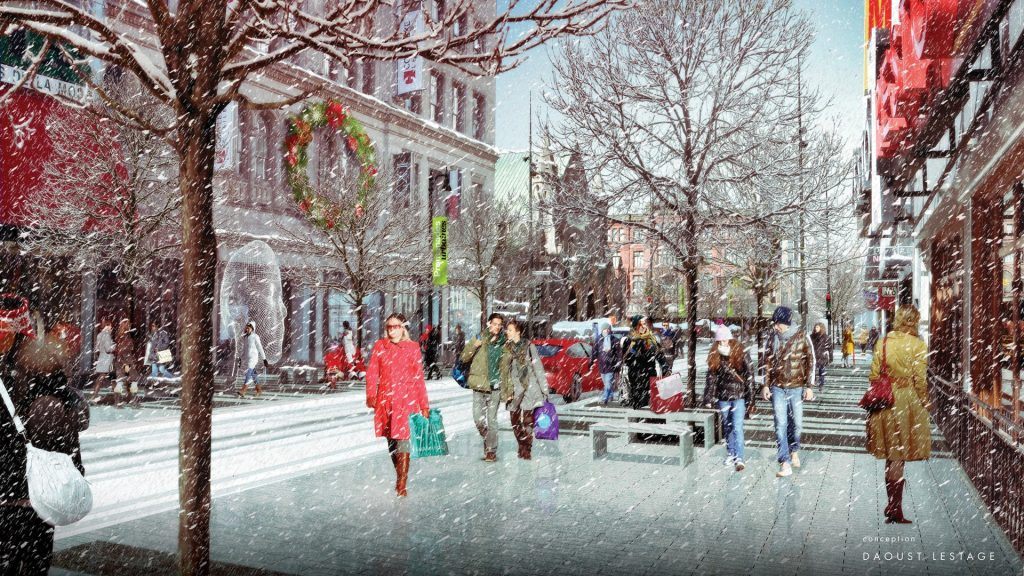 Along the rest of Sainte Catherine Street, the sidewalks will remain the same size, but the lanes reserved for parking will be reduced and the new space will be used as a pedestrian walkway or for terraces and food trucks during festivals. Finally, two lanes of traffic will remain in place but the speed limit will be reduced to 30 kilometres per hour to discourage cars.

The first phase of the project will rehabilitate the main sewer between Boulevard Robert-Bourassa and Rue De Bleury. The work is estimated to be completed in April 2018.

Residents should take note of the following closures and traffic modifications between January and February 2018:

The entire project is estimated to be complete by 2022.