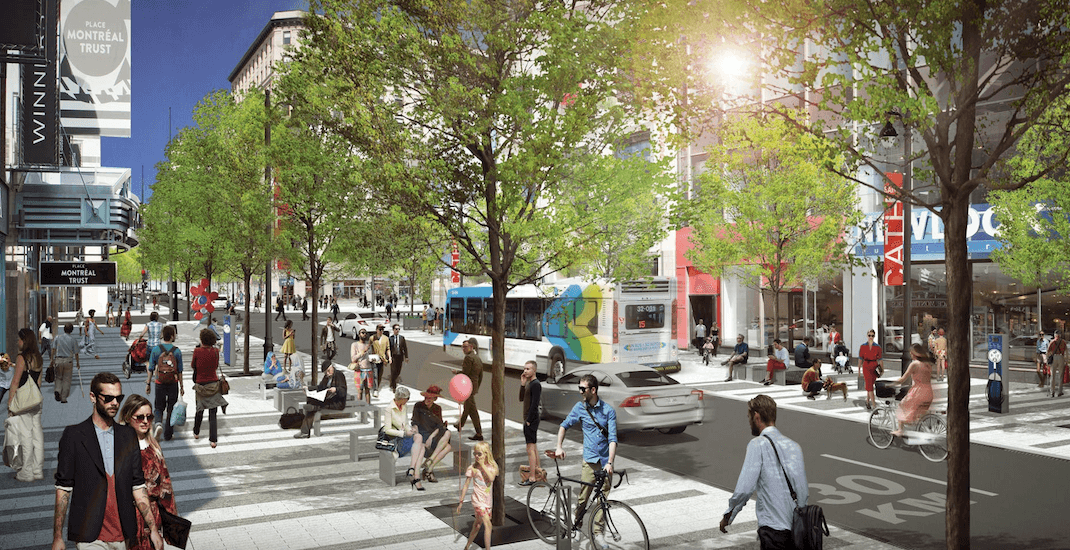 The first phase of the project will rehabilitate the main sewer between Boulevard Robert-Bourassa and Rue De Bleury. The work is estimated to finish in April 2018.

Manholes will also be constructed between Rue Mansfield and Boulevard Robert-Bourassa. This work will be completed in August 2018.

During the work, several streets will be disrupted by closures and detours. 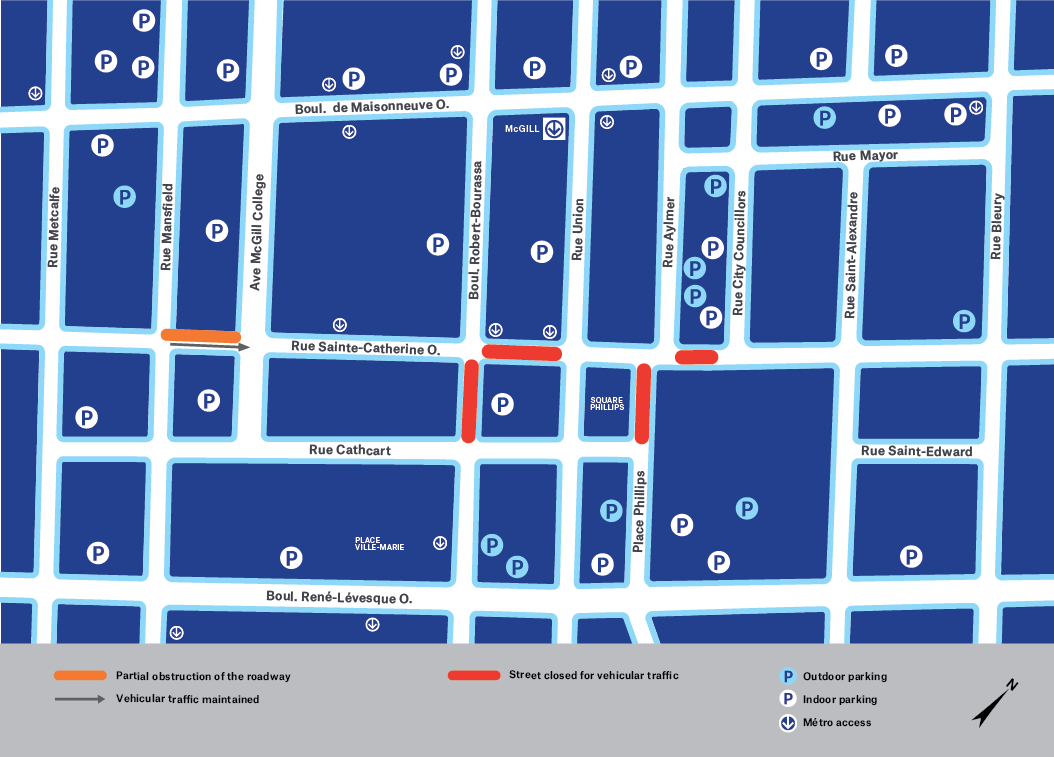 Residents should take note of the following closures and traffic modifications between January and February 2018:

Construction on Sainte-Catherine Street was scheduled to begin 2017 but was pushed to January 2018 in order to avoid disrupting Montreal’s 375th-anniversary celebrations and the holiday season.

In total, the project spans 2.2 kilometres of Sainte-Catherine Street, from Avenue Atwater all the way to Rue de Bleury. In particular, the parking lanes between Rue Aylmer and Avenue McGill College will be removed to make room for newly widened sidewalks.

Along the rest of Sainte-Catherine Street, the sidewalks will remain the same size, but the lanes reserved for parking will be reduced and the new space will be used as a pedestrian walkway, or for terraces and food trucks during festivals.

The entire project is estimated to be complete by 2022.