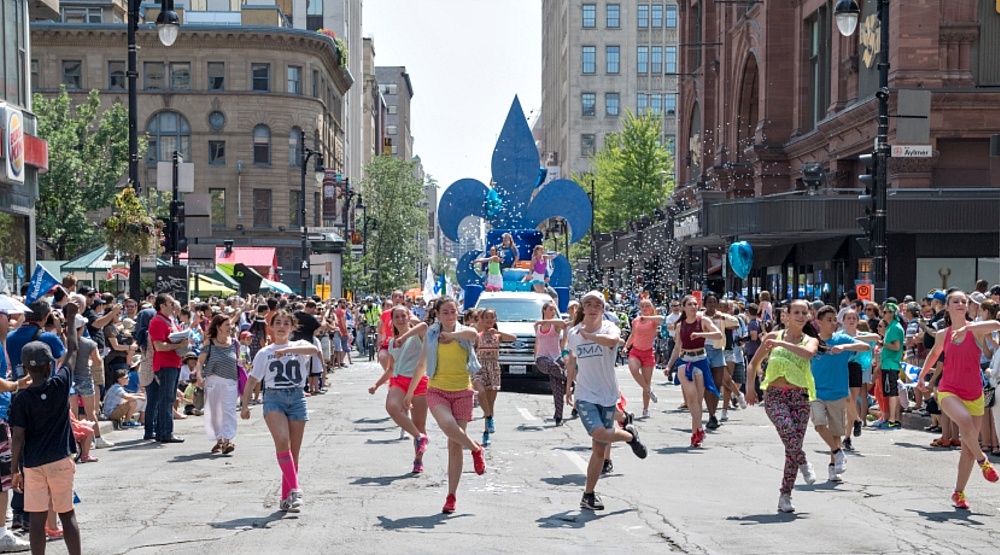 In addition to the massive free concert going down on June 23rd, there is another major Saint Jean Baptiste Day event happening in our fair city.

Since the holiday is just around the corner, we thought we would make an official announcement confirming that the annual parade is back for 2017.

Set to take place on Saturday, June 24, the Saint Jean Baptiste Day parade is a tradition that spans over a century.

During the parade, St-Denis Street is closed to traffic and is instead filled with thousands of Montrealers, not to mention some pretty awesome floats and performances.

This year, the parade will be just as exciting as always with one slight adjustment.

In an effort to be as eco-friendly as possible and reduce their footprint, electric cars will be used during the parade and all balloons will be replaced by bubbles.

Click here for more details and be sure to head to St-Denis early so you can secure your spot in advance!

When: June 24
Where: St-Denis Street