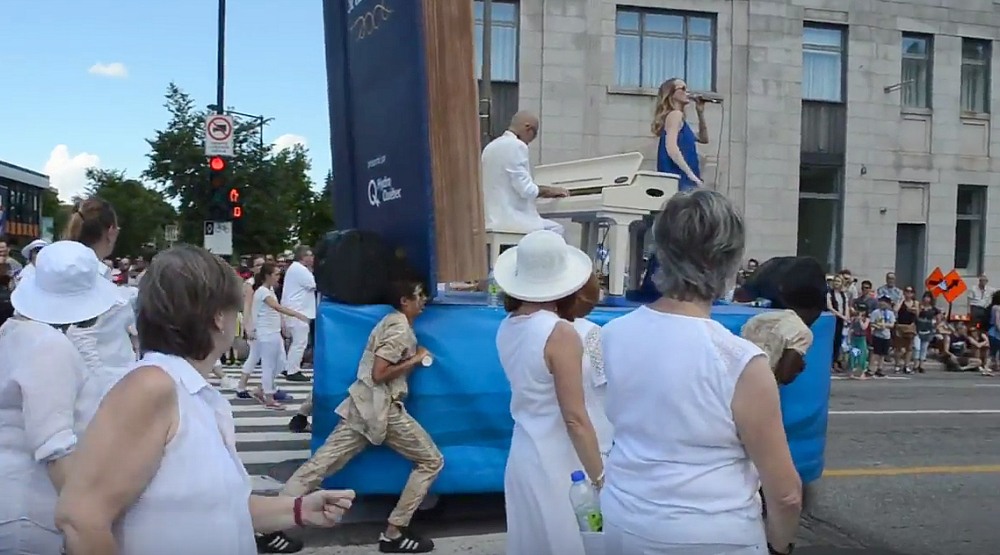 Despite the myriad of festivities, there is one float in particular that has caught the attention of the public.

In a video posted to Facebook that has now been viewed over 1 million times, a float featuring singer Annie Villeneuve is pushed by four black men dressed in khaki-coloured clothing, while a chorus of white marchers in white clothing sings around them.


Felix Brouillet, who posted the video to social media, wrote, “I’m not sure the organizers of the parade understand the concept of diversity.” Since publishing the video on Saturday at 10:36 am, it has since received over 1.6 million views.

Many Facebook users expressed their outrage at the float, while others claimed it was not representative of the parade as a whole.

The video has also sparked outrage worldwide including coverage on the BBC, MSN, Belfast Telegraph, and more.

Even though the four volunteers pushing the float were recruited from a Montreal school’s sports team, the float undoubtedly put a stain on this year’s Saint Jean Baptiste Day celebrations.

This was clearly a result of some very misguided planning, so to whomever put this float together, “what exactly were you thinking?”