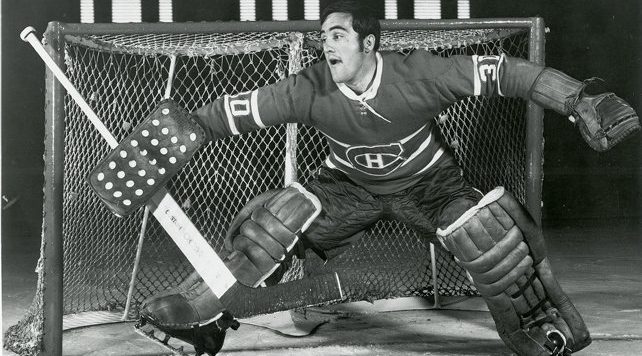 At long last, Rogie Vachon, along with three others, will be inducted into the Hockey Hall of Fame, it was announced on Monday.

Other inductees in the 2016 class include Eric Lindros, Sergei Makarov, and Pat Quinn.

Rogie Vachon played 15 NHL seasons with Montreal, Los Angeles, Detroit, and Boston before retiring in 1982. He’s had the longest wait of the four inductees, as goaltenders are woefully under represented in the Hall.

Vachon played parts of six seasons with Montreal, sharing a Vezina Trophy with Gump Worsley in 1968. Rogie was a part of three championship teams with the Habs in 1968, 1969, and 1971.

Despite his brilliance, the native of Palmarolle, Quebec always had a hard time finding the net with the Habs, as he came on the scene at the same time as a couple of legends in Worsley and Ken Dryden. He was eventually traded to the Los Angeles Kings in 1971 where he played seven strong seasons.

For Eric Lindros, this was a long time coming as well. Lindros had been snubbed numerous times before. He had superior numbers to recent inductees Pavel Bure and Cam Neely, other elite players who had their careers cut short due to injury. Lindros scored 865 points in 760 games and was a dominant player in the 1990s. He won a Hart Trophy in 1995 and was captain of Team Canada at the 1998 Olympics in Nagano.

Sergei Makarov was part of the famed KLM line in Russia with Igor Larionov and Vladimir Krutov. He transitioned to the NHL in 1989, having a great deal of success with the Calgary Flames. His most successful NHL season was his first, when he scored 86 points (24-62-86) in 80 games.

Pat Quinn coached 1400 NHL games spanning 20 seasons with Philadelphia, Los Angeles, Vancouver, Toronto, and Edmonton. He coached Canada internationally, winning gold with Canada at the 2002 Olympics and coaching Canada to victory at the 2004 World Cup of Hockey. He also won gold with the U18 team in 2008 and at the World Junior Championships in 2009.

Vachon, Lindros, Makarov, and Quinn will be honoured at the Hall of Fame gala in Toronto in November.