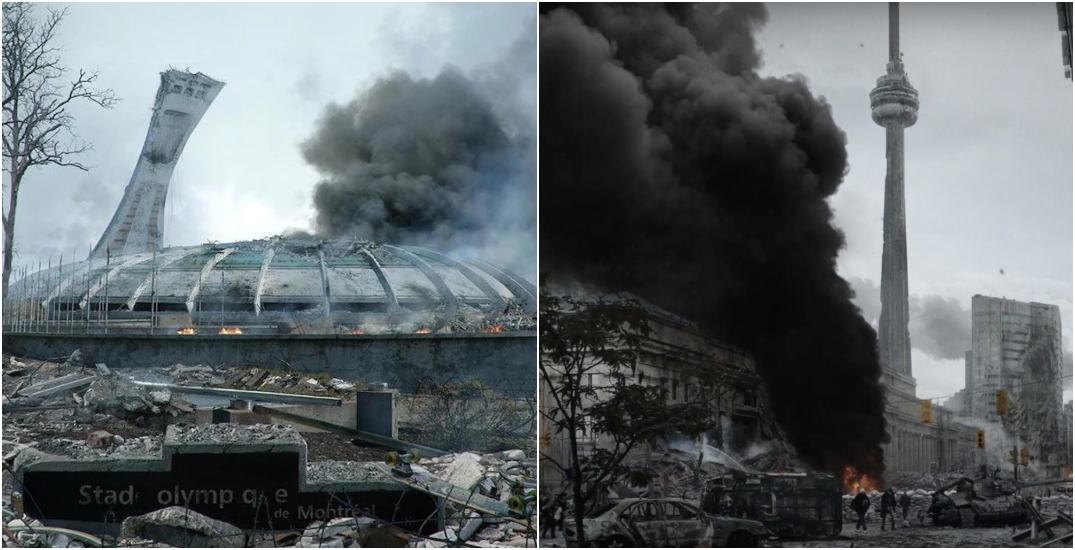 A dramatic new multimedia campaign was unveiled on Tuesday, using major Montreal and Toronto landmarks as examples of what war-torn cities look like in ruins.

The campaign has been created in association with TANK WW and Grey Canada, who are raising funds for Ukraine humanitarian and refugee efforts through Razom. The work is built on a quote from Ukrainian President Zelenskyy’s address to the Canadian parliament: “Feel this: what we feel every day.”

Marty Martinez, the Chief Creative Officer of TANK WW, says Zelensky’s quote inspired a team to show Canadians “what it would look and feel like if we were under siege and our cities were being destroyed.”

Images of iconic landmarks in Toronto and Montreal appear on the Feel What We Feel website. Visitors can toggle between before and after views of the CN Tower and the Olympic Stadium, using cutting-edge visual effects. 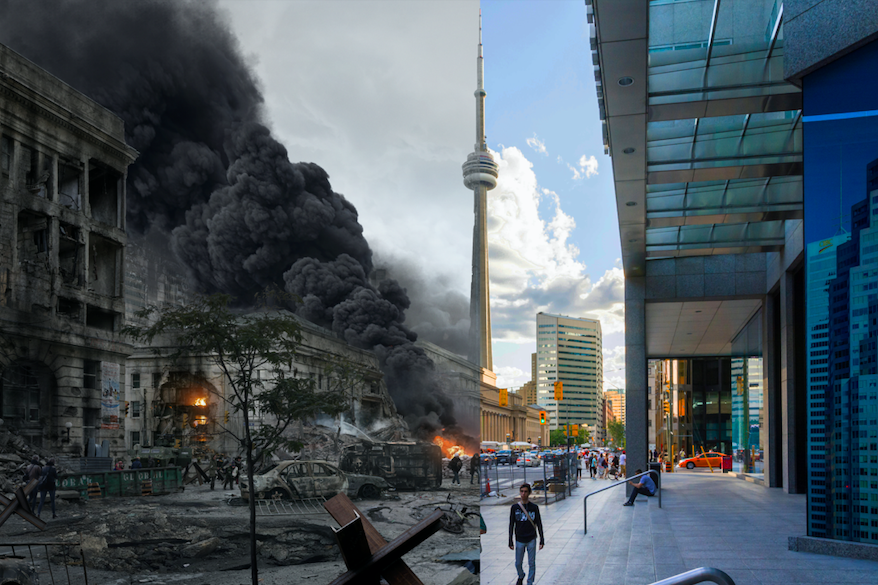 Mark Mason, the Executive Creative Director of Grey Canada, says the advertising agency has an “obligation to craft powerfully effective messages for good, that can have direct impact on human lives.”

A ten-second video rendering of the before-and-after CN Tower can be found right here.

The campaign is brought to life thanks to a collaboration of some of Canada’s leading creatives, including:

During a March 15 speech, Zelenskyy asked the public if they could imagine what Canadian facilities could look like after being bombed, similarly to how “our buildings and our monuments are being bombed. They’re destroying everything. Every night is a horrible night.”

He concluded by asking Canadians to “please expand your efforts to bring back peace in our peaceful country. We want to live.”

To help provide medical and humanitarian aid in Ukraine, people can visit the Rozom website for support and donations.