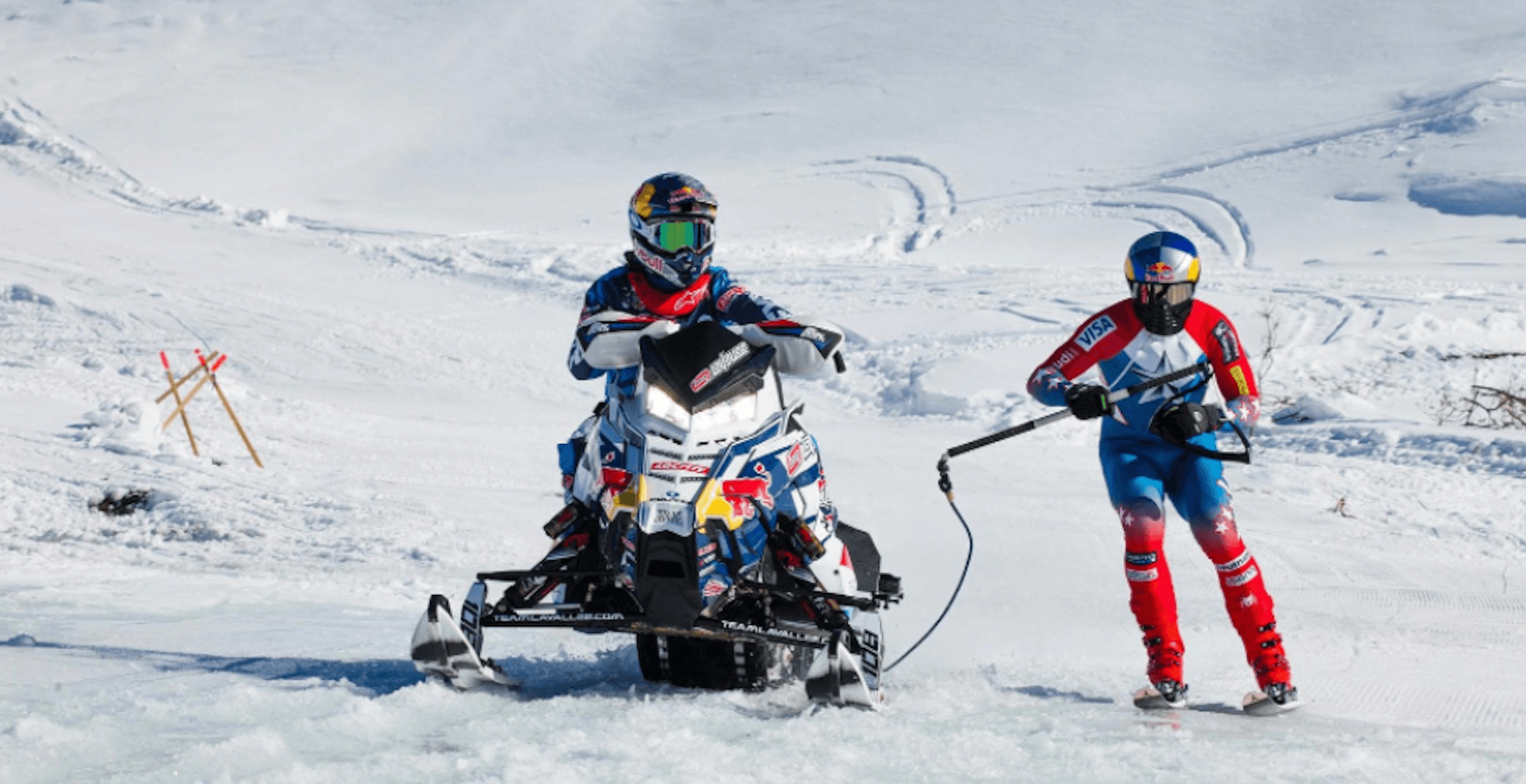 Red Bull is hosting the ultimate snow showdown on the slopes this spring.

The competition consists of a team of a skier or snowboarder who starts at the top of a mountain. They then descend into a canyon where they grab a rope tow fixed to the back of their other teammate’s snowmobile. From there, they get pulled up another mountain and race across a plateau, reaching over 90 km/h. The fastest team wins the race.

This all takes place on a unique dual-mirror head-to-head course with a 550-metre hill climb and eight notable obstacles.

Sixty-four athletes from across the country will compete in this exhilarating snow mobile-ski competition. Registration to compete has filled up but the good news is that the event is completely free for spectators to attend.

Knockout rounds will start in the early afternoon and the first ever Sledhammers champion will be crowned before dark. Side acts, special guests and surprises will round out the day, celebrating the end of the winter season.

It’s going to be one wild event that you don’t want to miss!