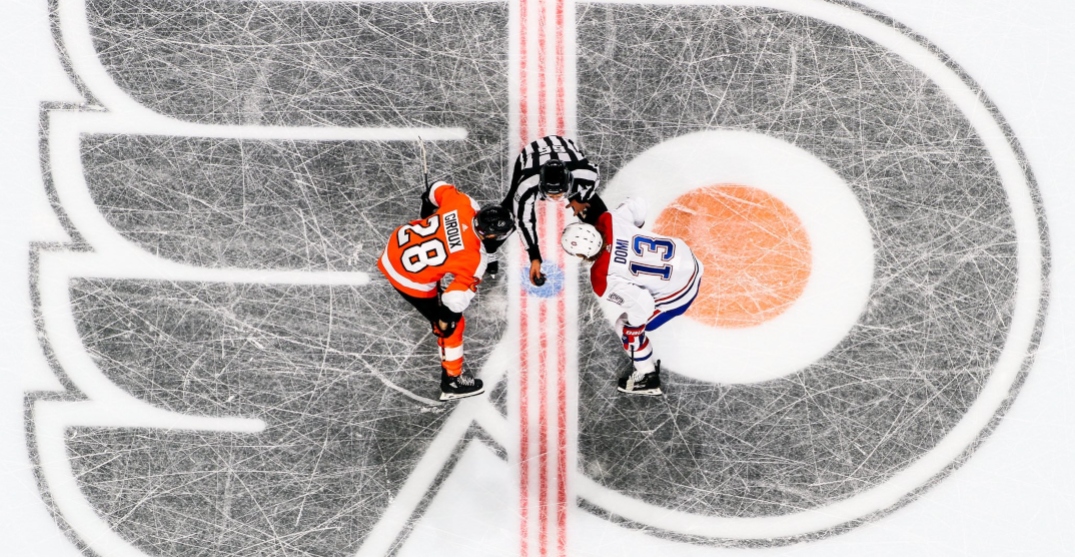 After winning a qualifying round series that absolutely nobody expected them to against the Pittsburgh Penguins, the Montreal Canadiens, believe it or not, are getting set for the real postseason now.

Once again, they are heavy underdogs against the Philadelphia Flyers in the Eastern Conference quarter-finals.

The Flyers won nine of their final 10 games before the season was paused in March, and they’ve picked up right where they left off, winning all four of their games in the bubble so far. They picked up a 3-2 overtime win over the Penguins in an exhibition game, and then swept their robin schedule to secure the top seed in the East with wins over the Boston Bruins, Washington Capitals, and Tampa Bay Lightning, out-scoring the Eastern Conference’s top three teams from the regular season by a combined total of 11-3.

Philadelphia has been playing terrific hockey for a while now. The Canadiens know they’re in for a big challenge, but they’re actually quite capable of shocking the hockey world again.

Here are five reasons why Montreal can win this series.

Let’s start with the obvious one.

Everyone figured Montreal’s best — if not only — shot at making any noise in this tournament would be if a well-rested Carey Price could come out and rediscover his 2014-15 Hart Trophy winning form.

He certainly looked up to the task against the Penguins.

Price stopped 126 of the 133 shots he faced in the four games against Pittsburgh, posting a .947 save percentage, 1.67 goals against average, and pitching a 22-save shutout in the series-clinching Game 4 victory. The Flyers don’t have anyone on their roster who’s as dangerous of an offensive player as Evgeni Malkin, who led all players in the Penguins-Canadiens series with 21 shots on goal but couldn’t get a single one of them by Price.

If Price can play like he did against the Pens, the Habs will have a chance against anyone.

2. The Habs played the Flyers tough this year

The last time these teams squared off was on January 16th in Philadelphia, a game Montreal won 4-1. The Flyers didn’t beat the Canadiens in regulation this season — though they won the first two meetings on November 7 and November 30, both games were won in 3-on-3 overtime, so they’ll have to find another way to beat the Habs in the playoffs.

A big talking point leading up to Montreal’s series against Pittsburgh was all the Stanley Cup rings the Penguins had and how much more experience they had than the Habs. That didn’t seem to end up mattering much, but if you are someone who still thinks experience is important in the playoffs, Philly doesn’t actually have all that much of it, especially for a top seed.

Like the Canadiens, the Flyers are a young team that wasn’t even in the playoffs last year. Philadelphia hasn’t advanced past the first round since 2012, and only has four players left from that team: Claude Giroux, Jakub Voracek, Sean Couturier and James van Riemsdyk. Giroux and van Riemsdyk are the only players left from the Flyers’ trip to the Stanley Cup Final in 2010. Matt Niskanen is the only player on Philadelphia’s roster with a Stanley Cup ring, which he won with the Washington Capitals in 2018.

The Habs also have a big experience edge in net. Price has 64 postseason games under his belt while Carter Hart is in the playoffs for the first time. Hart’s a good goalie, but it’s fair to wonder if the 21-year-old may have some nerves — especially with his idol staring him down from the other end of the ice.

Living in the NHL Bubble has given Carter Hart the opportunity to chat with his favorite goaltender to watch growing up.

Hear that story and more in the latest @FlyersBroadcast Daily presented by @PennMedicine. https://t.co/E4vLCaL7Rx pic.twitter.com/weQSgCixTg

4. The Flyers struggled away from Philly

The Flyers have looked pretty comfortable in the bubble so far, but throughout the season they were a much different team at Wells Fargo Center than they were away from it.

The Flyers were the best home team in the league this season, going 25-6-4 in the City of Brotherly Love.

Again, the Flyers looked terrific in the round robin. But now that these games are going to really start to count, are they going to miss having their fans behind them?

This could be an area where every team that had to play in the qualifying round has an advantage.

The top four teams in each conference who were getting a bye to the conference quarterfinals got to play a round robin against each other to shake off the rust, and the NHL even made the games determine their seeding to try to make them mean something and not just feel like exhibition games. The round robin games clearly didn’t have the same intensity as the qualifying round games did, though.

The teams who’ve already had to play and survive an elimination series are already in playoff mode. The teams who played in the round robin had better find a way to get there quickly, too.