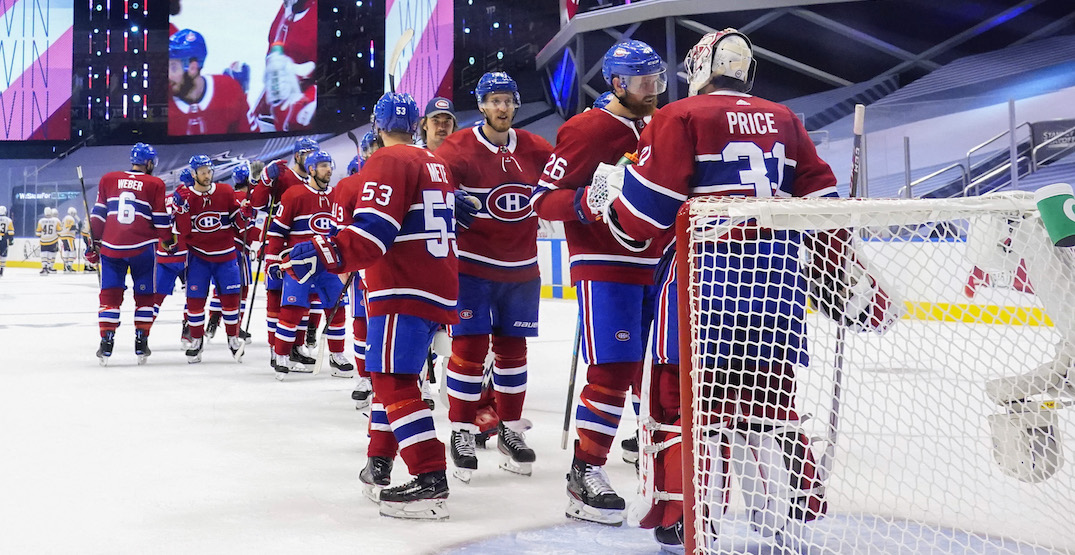 The Montreal Canadiens are moving on to the Eastern Conference Quarterfinals after completing a stunning upset over the Pittsburgh Penguins with a 2-0 win in Game 4 of their best-of-five series in the Stanley Cup Qualifiers.

With just 4:11 to go in the third period, on a delayed penalty to the Penguins, Paul Byron took the puck behind the net, drawing Tristan Jarry out of position, then threw it out in front to Artturi Lehkonen.

The Penguins began the series with Matt Murray between the pipes but on a short leash after after a tough season. He played pretty well in the first two games, but after giving up four goals in Game 3, including the game-winner to Jeff Petry from a terrible angle, head coach Mike Sullivan turned to Jarry with Pittsburgh’s season on the line in Game 4.

From early on this had the feel of a tight-checking, low-scoring game. Both goalies were playing well, and shots were just 8-5 for Pittsburgh in the first period and 6-5 for Montreal in the second period.

Patric Hornqvist had nearly got the Penguins an early lead, but didn’t get the bounce he wanted off the post.

Early in the third period, Byron nearly opened the scoring for the Canadiens when he rang a shot of his own off the iron.

The teams would continue to trade chances in the third.

Brendan Gallagher found himself in all alone in Jarry, but the Pittsburgh goaltender flashed the leather to keep the game scoreless.

Jarry save on Gally. #GoHabsGo pic.twitter.com/V5zVTuKVuO

Then Sidney Crosby — playing in a playoff game on his birthday, something he probably thought he’d never do — nearly scored his third goal of the series with a slap shot from the high slot, but the puck rang off the crossbar and stayed out.

This marks a second straight massively disappointing postseason for the Penguins after they were swept out of the first round by the New York Islanders last year.

Incredibly, not only did the Habs pull off this upset and do it in four games, but they did it without scoring a single power-play goal. Montreal went 0-for-2 on the day and finished the series 0-for-12. Dating back to the regular season, the Canadiens have failed to convert on their last 30 opportunities on the power play.

The star of this series for Montreal was undoubtedly Carey Price, just as everyone figured he would need to be if the Canadiens were going to have a chance to win. Price fittingly completed the upset with a 22-save shutout in Game 4. This was probably his least challenging game of the series, but he was sharp when the Habs needed him to be. Price finished the series with a .947 save percentage.

Habs fans will want to tune in to tomorrow’s round robin game between the Tampa Bay Lightning and Philadelphia Flyers. The winner will claim the top seed in the Eastern Conference and be Montreal’s next opponent in a best-of-seven series.