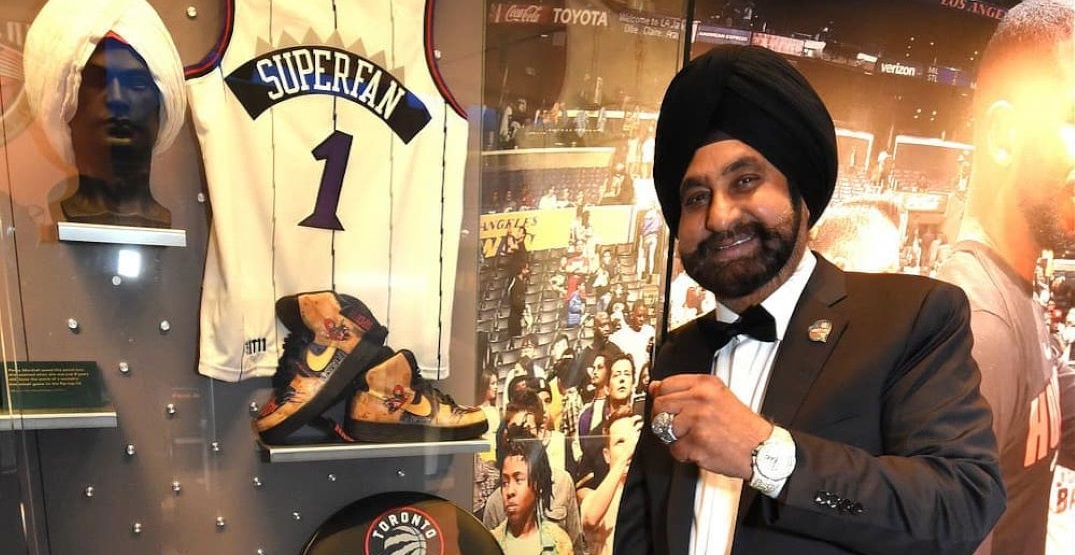 Over the history of the Toronto Raptors’ franchise, there have been many key figures that have shaped the course of the team on and off the court.

But if there’s any one person that deserves recognition for having represented the since the team’s inception in 1995, it’s undoubtedly been season ticket holder and ‘Superfan’ Nav Bhatia, who has sat courtside nearly every night for 26 years (discounting the obvious pandemic season).

Known for being one of Toronto’s most visible and vocal supporters, Bhatia was honoured among the first group of fans to be included in the museum as part of the Naismith Basketball Hall of Fame’s 2021 induction ceremony weekend.

“In the greatest building basketball has, the name Superfan Nav Bhatia will be immortalized,” Bhatia said in a social media post. “There is now a turban and the first fan honoured within Naismith Basketball Hall Of Fame. I am overcome with emotions today.”

Bhatia emigrated to Canada in 1984 from India with a background in mechanical engineering, but faced an experience similar to many immigrants — many instances of racism and an inability to find work in his field despite having the required qualifications.

Bhatia transitioned into a career in automative sales, where he is now known as one of the GTA’s top dealers as the owner of Rexdale and Mississauga Hyundai.

In a following post, Bhatia thanked the Raptors, the Hall of Fame, LA-based superfan Jimmy Goldstein, his daughter Tia and wife Arvinder, as well as his manager Rinku for taking “the Superfan to another level.”

He also shared a photo of the ring commemorated for the occasion.

I have absolutely no issues in making this a regular occurrence lol.

Honoured and humbled to receive this ring from @baronchampionshiprings and @hoophall

I wear this with immense pride and responsibility to carry on spreading the game I love. pic.twitter.com/FmisroHpII

Bhatia’s inclusion in the exhibit was first announced in February 2020, but put on hold over a year due to coronavirus restrictions.

The Raptors’ social media team was also quick to offer congratulations to Bhatia, calling him a “true icon.”

Congratulations on being inducted to the @Hoophall, @superfan_nav. #WeTheNorth pic.twitter.com/Fw8TAFL8NN

Outside of being known as a presence on Raptors game days, Bhatia is also well-known advocate for promoting inclusivity and the growth of the game of basketball within Canada and around the world.

Bhatia often hosts guests either in his courtside seats or in a luxury box, and has met just about every figure that’s come through Toronto for a game, from LeBron James to Barack Obama.