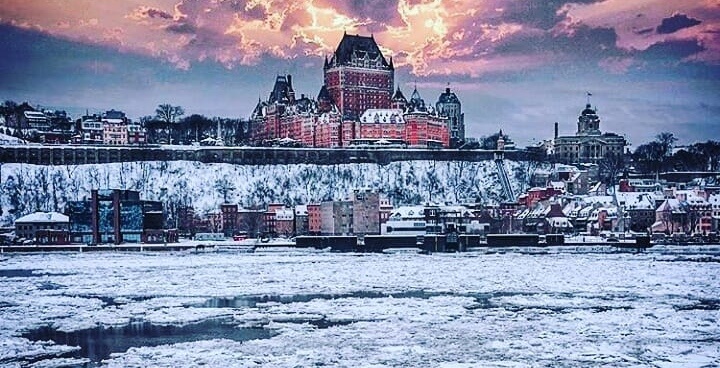 The calendar may say “April” but don’t let that fool you, especially for parts of Quebec. As they say, ‘it ain’t over till it’s over’ and snow could be on its way to several areas across the province.

Winter weather has already struck much of the Gaspé Peninsula which has been hammered with over 30 cm of snow.

“A clipper merging with a stateside storm will head for Quebec for the first part of the weekend, bringing the possibility of wet snow and rain for areas such as Montreal, but for communities in the north and east, snow is what will fall,” says The Weather Network.

The weather website continues to forecast that snowfall accumulations could reach up “10 cm or higher in northern Quebec” and Montreal could see possible wet snow and rain.

“Along the St Lawrence [River], we will see the temperatures sitting around the zero-degree mark and this will keep the precipitation as possible wet snow for the Friday commute home,” says meteorologist Jaclyn Whittal. 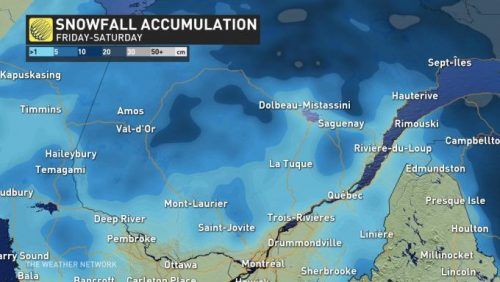 Precipitation around the province is expected to begin early Friday afternoon, as per the weather agency.

For us in Montreal, the precipitation may begin as wet snow before transitioning to rain.

The good news (for all you optimists) is that The Weather Network forecasts “sunshine and near seasonal temperatures” to return by Saturday afternoon for the Montreal area.