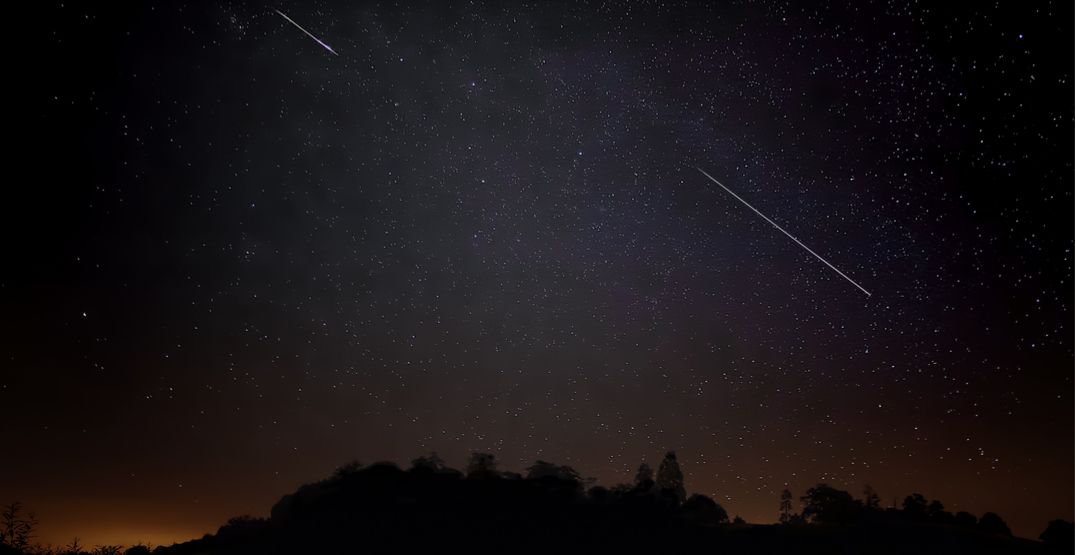 The skies over Canada will light up this month as the annual Lyrid meteor shower will be active from April 16 to 25.

According to EarthSky, in 2019, the peak of this shower – which tends to come in a burst and usually lasts for less than a day – is expected to fall on the morning of April 23, “though under the light of a bright waning gibbous moon.”

For viewing, they say that no matter where you are on Earth, “the greatest number of meteors tend to fall during the few hours before dawn.”

In a moonless sky, stargazers can see from about 10 to 20 Lyrid meteors an hour at the shower’s peak. But Earth Sky says that the bright moon this year may wash out the shower during its usual prime time morning hours.

The Lyrid meteor shower has the distinction of being among the oldest of known meteor showers, according to the space website. “Records of this shower go back for some 2,700 years.”

The Lyrid meteor shower occurs when the Earth passes through debris left behind by a comet called C/1861 G1 or Thatcher.

“Bits and pieces shed by this comet litter its orbit and bombard the Earth’s upper atmosphere at 110,000 miles per hour (177,000 km/h),” says Earth Sky. “The vaporizing debris streaks the nighttime with medium-fast Lyrid meteors. It’s when Earth passes through an unusually thick clump of comet rubble that an elevated number of meteors can be seen.”

For the best view, you’ll have to get away from the bright city lights. So you may want to pack up some blankets and binoculars and head out to “dark-sky sites.”

The view will also depend on how clear the skies are that night, aside from the moonlight, so be sure to check the local weather report for your area before heading out.

Grab some friends, warm blankets, and quick snacks and be prepared to be dazzled by natures very own light show!