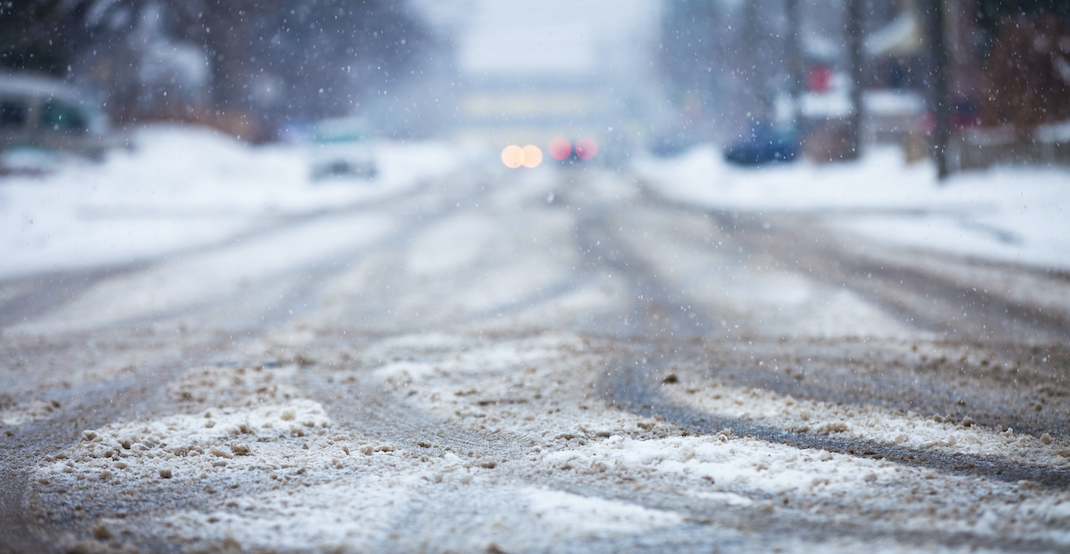 Santa Claus can use Mother Nature’s wind to glide him and his reindeer into Quebec as various parts of the province are currently under weather alerts.

According to Environment Canada, a special weather statement is in effect for 31 regions across the province.

“On Christmas Eve, a strong southerly flow will bring mild temperatures, sustained winds and rain to the entire province,” reads the statement. The conditions are expected to spread from west to east until Christmas Day. “Areas north of the St. Lawrence River will receive the most significant amounts of rain. Rainfall amounts of 20 to 60 millimetres are expected with up to 80 mm in Charlevoix.”

Freezing rain is in the forecast for Christmas Day in the parts of the province as the weather agency calls for an intense low-pressure system that is expected to take on northern Quebec on Friday.

“Surfaces, such as roads, streets and sidewalks may become icy and slippery,” says Environment Canada.

In Montreal, temperatures are expected to swing over 20ºC between Friday and Saturday, swinging from 10ºC to -11ºC to start the weekend. 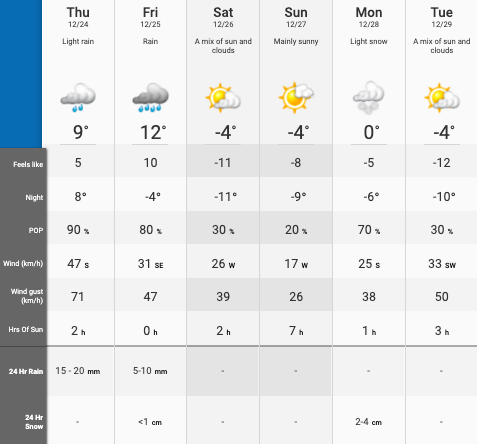