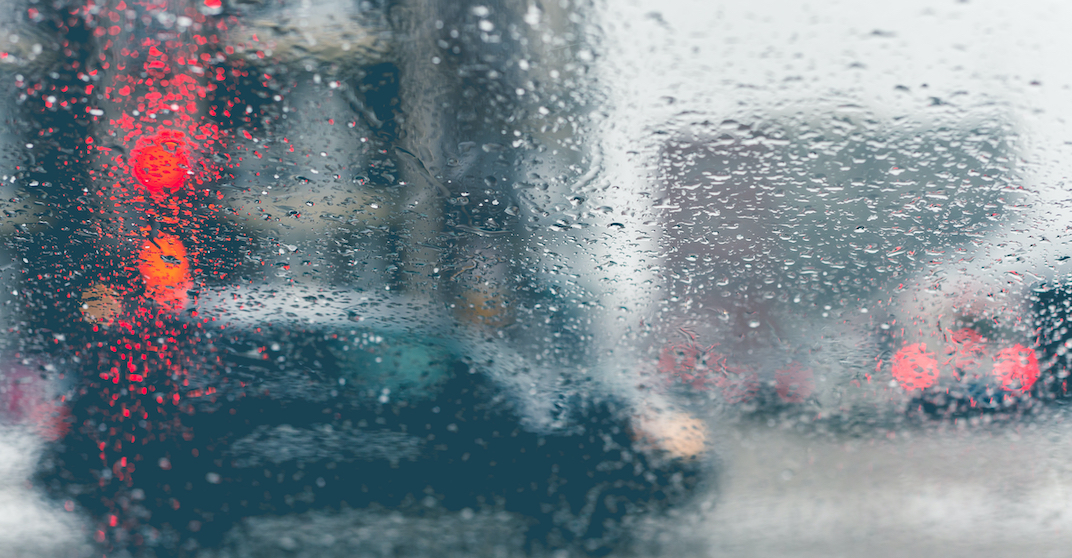 Forget a White Christmas. Montreal is in for a wet Christmas.

Environment Canada has issued two weather alerts for the Montreal metropolitan area, one of which is calling for up to 50 millimetres of rain on Christmas Day.

“A rainy and windy Christmas Day with 20 to 50 millimetres of rain is expected,” reads the weather agency’s Special Weather Statement. On Christmas Eve, a southerly flow will bring mild temperatures, strong winds, and heavy rainfall “over the whole province.”

According to the statement, the most significant amounts of rainfall will occur north of the St. Lawrence River.

The federal agency says heavy rain may cause “flash floods and pooling on roads.”

A smog warning is simultaneously in effect for the same Montreal areas, calling for “poor air quality.”

“In Quebec, wood heating is the main source of fine particles that contribute to smog during winter,” says the release. “This activity generates the largest number of these particulates, more than industrial activities and transportation.”

Both alerts, issued just after 4 am, are in effect for the following areas:

After Christmas, the weather is expected to dip back below double-digits, falling to ‘feels like’ temperatures of -10ºC. 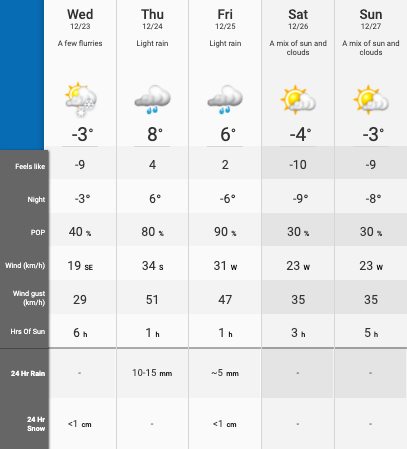 Smog and rain for Christmas. What else did you expect for 2020?