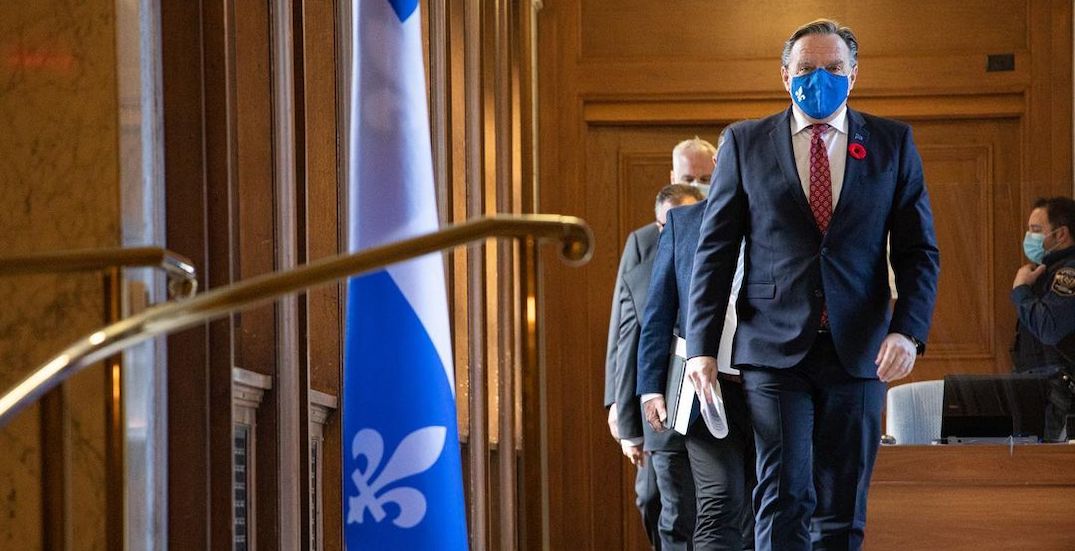 François Legault is tied for the most popular premier in Canada alongside BC Premier John Horgan, who won re-election this past October.

Both premiers are approved of by 64% of voters in their province, according to a new study from Angus Reid Institute.

Legault’s approval stands even while having the unenviable role of the most COVID-19 cases and deaths per capita than anywhere else in the country.

“Canada’s second wave of the coronavirus continues to challenge Canadians – and their premiers – from coast to coast,” reads the survey. “With infections on the rise, more deaths are recorded daily, restrictions continue to hamper the economy and families are making difficult choices over how they’ll spend the holidays.”

The latest data from the non-profit organization finds that Canadians generally hold positive views of their respective premiers. Angus Institute says the poll’s trend “indicates the days of provincial leaders appearing incapable of doing wrong politically – as they did in the spring and summer – are long gone.”

Conversely from Legault and Horgan at the top, Manitoba Premier Brian Palliste was at the bottom of the list with a 32% approval rating. 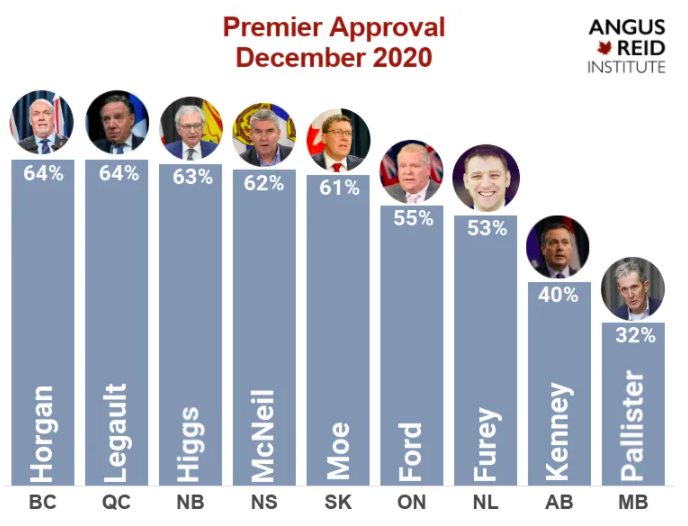 Despite Quebec’s COVID-19 numbers, Legault continues to “be perceived as a fixture of strength,” says the report, citing his approval statistically unchanged at 64%.

“Legault and his party implemented an indoor mask mandate over the summer and have recently elevated alert levels in much of the province, which come with closures of public spaces and restrictions on group sizes.”

Legault’s rating hasn’t swayed drastically since December 2018, hitting a May high of 77% and a February low of 58%. 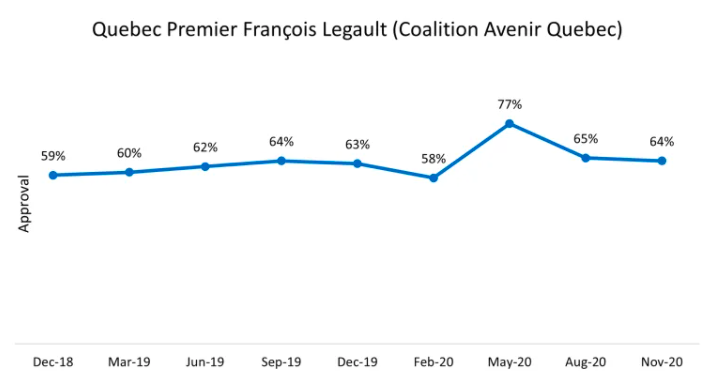 The full report can be found online.