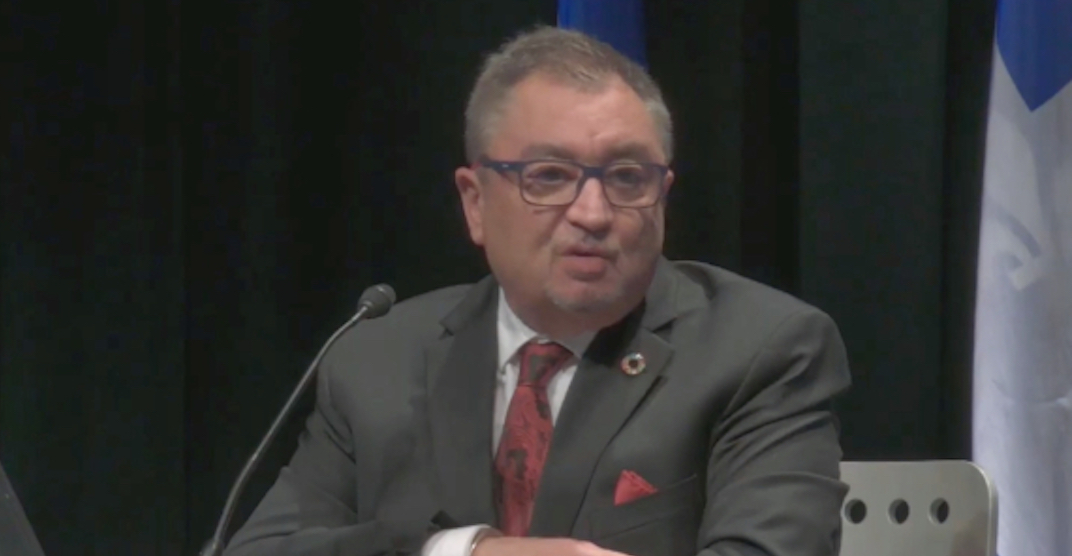 Quebec’s Director of Public Health says it’s still “too soon” to discuss whether red zone alerts across the province will be lifted by the initially-suggested October 28 date.

Despite reporting that provincial COVID-19 cases were below 1,000 on Monday and Tuesday (the lowest in a week), Premier François Legault said it’s also “still too early to celebrate.”

Horacio Arruda says that while the signs have been “encouraging” since certain regions have been updated to red zones, he says officials aren’t yet at a point to discuss the October 28 date.

Arruda continued to say that “15 days feels like an eternity” in regards to the pandemic and that the province needs more time to study “overall trends.”

He did say that he feels Quebec has reached a “certain plateau” and is happy to see that citizens in red zones are respecting public health’s guidelines.

Both Arruda and Legault stressed that sacrifices are necessary to continue saving lives and limit the pressure on healthcare systems.

At Tuesday’s press conference, Legault announced that all of the Montéregie regions, the Centre du Quebec, and the region of Charlevoix have been updated from orange to red zones.