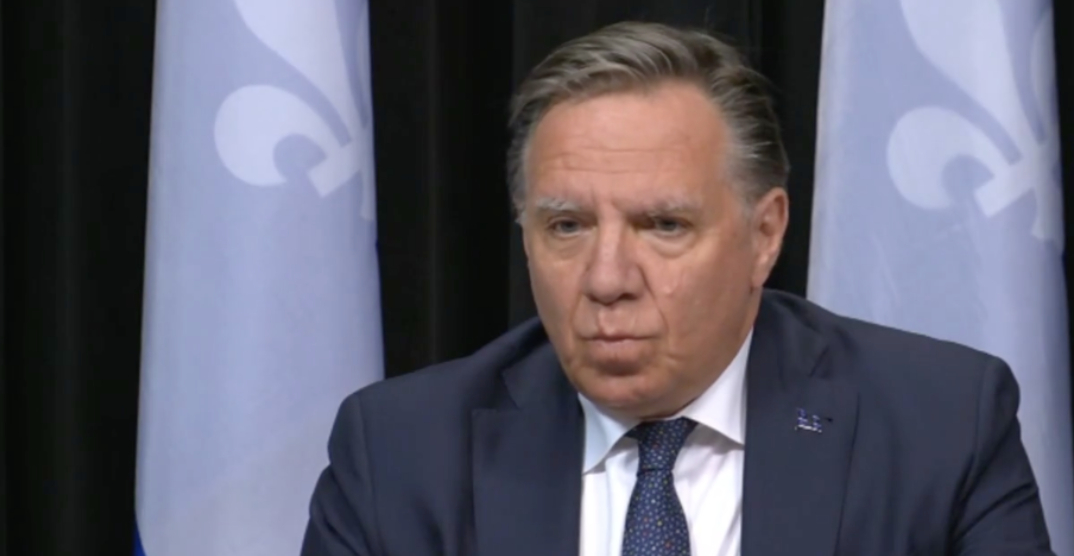 According to the survey the “cost of living/inflation” capped the list of concerns with 62% of participants calling it a top issue. Not far behind with 58% was “health care,” a system that Angus Reid says has been has been hampered by doctor shortages and long wait times. 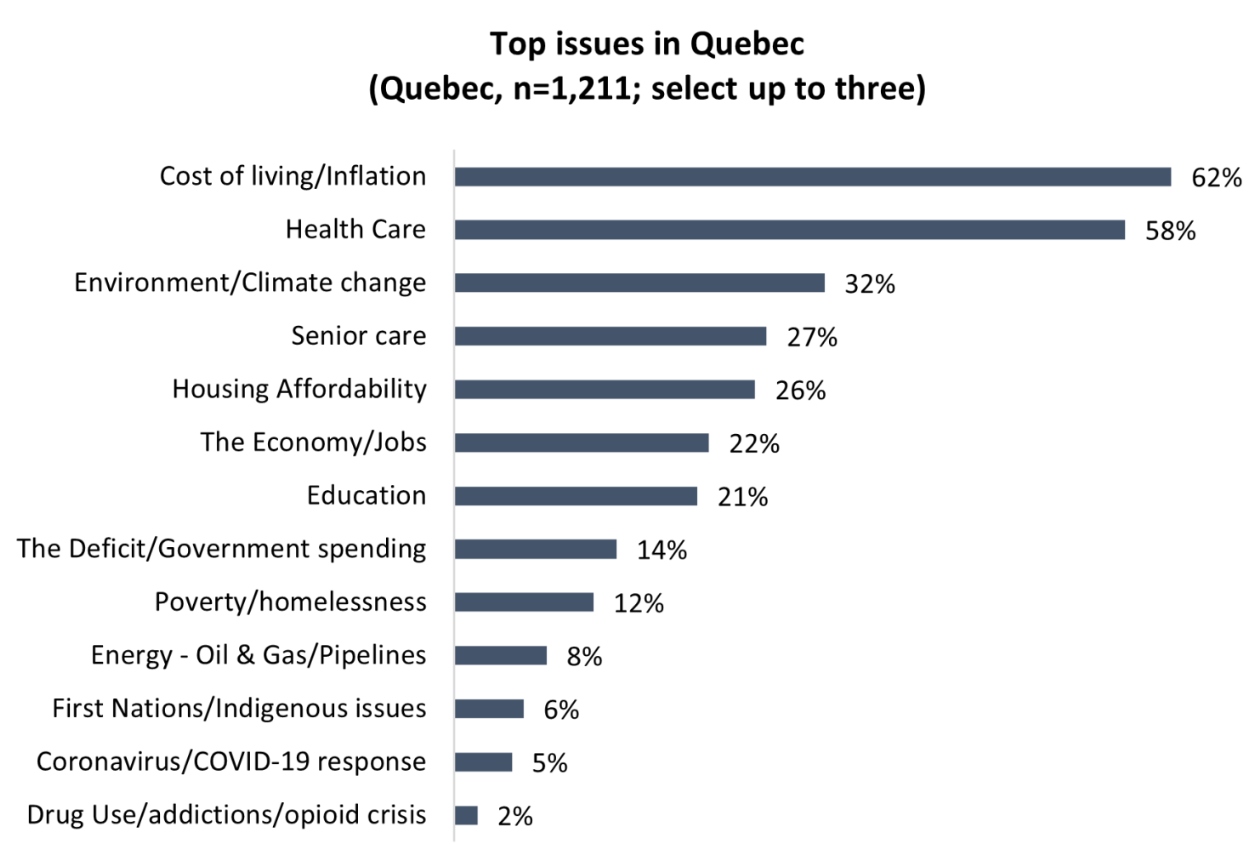 Alternatively, only 5% of participants considered COVID-19 to be among Quebec’s major issues.

The majority of poll’s respondents seemed to be highly critical of Quebec Premier François Legault and the CAQ government’s performance. Over 70% called the current government’s handling of senior care, health care, and housing affordability “very poor.” 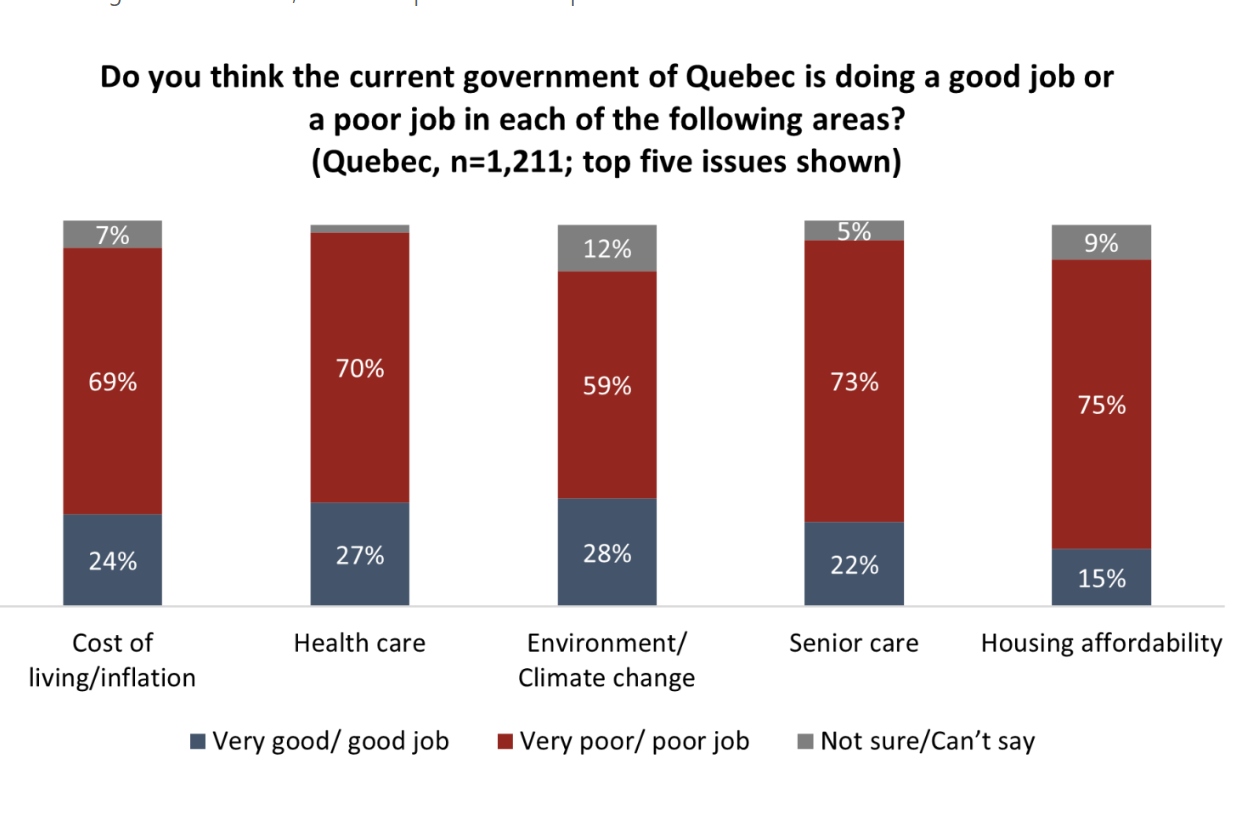 Nonetheless, the CAQ, despite recent drops in support, still holds a comfortable lead in most of the province, though the Liberal Party is stronger in the Greater Montreal Area.

Finally, as for the controversial, newly enacted Bill 96, a piece of legislation that reforms the province’s French language charter in a way that restricts the use of English in public settings, over half (56%) of the Quebecers from the poll support it to one degree or another. Nearly a quarter (24%) actually say they “strongly support” the law. 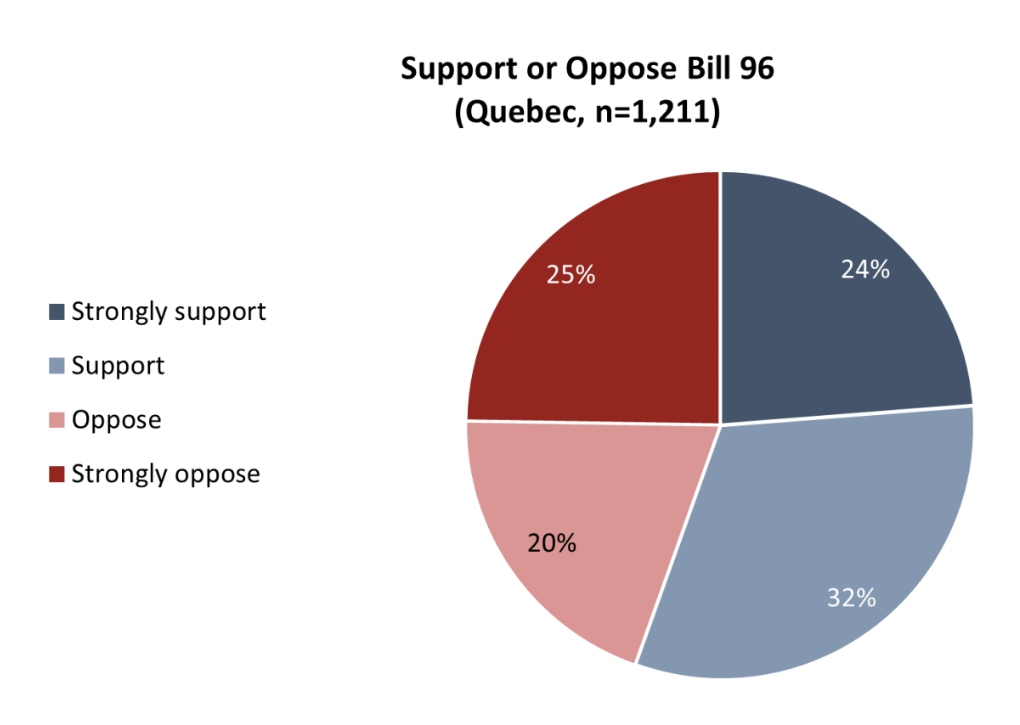 Unsurprisingly, support for Bill 96 is split by linguistic group. According to Angus Reid’s results, nearly all English-speaking Quebecers (94%) oppose the bill. On the flip side, a majority (71%) of Francophones support the bill.

To read the full ARI report, you can click here.