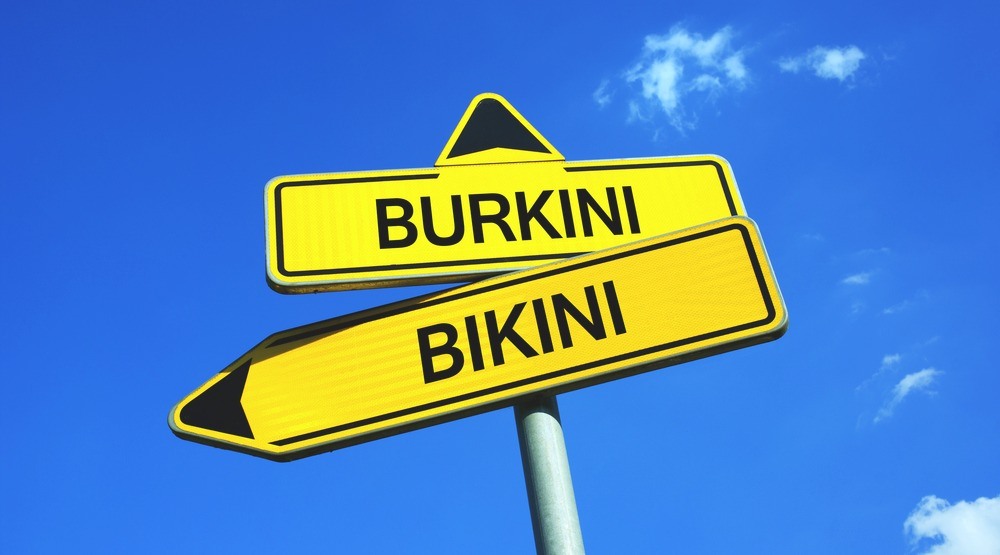 While it was inevitable that Quebec politicians would feel compelled to chime in on the recent decision by several French beach towns to ban burkinis (an item that pretty much amounts to a wet suit with a skirt, but with scary terrorist connotations for those who insist on conflating Islam extremism with the Muslim faith), it hasn’t made the recent declarations by some of them any easier to swallow.

First off, can I just take the opportunity to publicly declare how frustrating I find Quebec’s fixation on adding our two cents to everything that France does or doesn’t do? While I somewhat understand the impulse, given that Quebec was once la Nouvelle France, it isn’t any longer. Sure, we get our civil law, our customs, and many of our cultural identifiers from France, but we don’t need to breathlessly agree on everything for the Motherland to like us. France isn’t Regina George (look it up.)

In fact, I sometimes feel that asking us here what we think of the French government’s or its politicians’ decisions on the topic du jour and their recent exclusionary and reactionary policies, is like people constantly asking a younger, more open-minded, inclusive nephew to comment on what their out-of-touch uncle just did again. What’s the point? It has very little relevance to our everyday lives and it’s slightly embarrassing.

The burkini ban implemented in France (and the recent disturbing images seen around the world of four police officers forcing a Muslim woman to remove her clothing on a beach) is a disgrace. Citing morality, women’s rights, and secularism, the French have decided that it’s perfectly ok for them to decide how a woman should conduct herself and what she should wear. Because nothing drives home the message more effectively that women deserve to be free from religious oppression than state-sanctioned oppression! Vive la liberté, ladies!

But that debate is taking place across the pond. And I have no power over French politicians. They will live or die by their demagoguery and it’s up to French citizens to decide with their votes whether they will fall for such prejudiced and small-minded forms of comfort disguised as a panacea for terrorism.

Here, however, I have a say with my vote. And I’m not in the least impressed with the PQ or the CAQ for their recent attempts at political opportunism and “bravery” at taking a hard stance at imaginary problems.

First off, Nathalie Roy, the burkini is not a “symbol of radical Islam”. As the CAQ’s secularism critic, I don’t necessarily expect you to be in favour of religious symbols (I’m an atheist myself, but strangely enough, other people wearing them hasn’t – in the slightest – affected my life), but I do expect you not to spread falsehoods. You can question whether the burkini, the burqa, the niqab, and the hijab are symbols of inequality (and that’s an entirely different debate, if you insist on having it, although no one’s talking about the fact that Orthodox Jewish women wear pretty much the same outfit to swim), but I’m still one of those radical feminists who have the crazy notion that the ultimate symbol of freedom is allowing women to do whatever the f*ck they want to do with their own bodies).

CAQ leader Francois Legault also added his words of wisdom to the debate by stating: “We have to make sure also we don’t send a bad signal to extremism.” What does that mean, exactly? What signal does one send when we simply communicate that we trust that people are capable of making their own decisions about their own lives? What signal does one send by showing inclusiveness? Is it the signal that we don’t marginalize and treat perfectly innocent people like villains? Why is there always the implication in such statements that acceptance is weakness that will be immediately used against us?

In the meantime, the RCMP quietly decided it was perfectly ok to allow police officers to wear head scarfs if they want to. The decision was made to better reflect diversity in Canadian communities and to encourage more women to join the RCMP. Toronto and Edmonton police forces have already allowed Muslim women to do so, and members of the Sikh religion have been allowed to wear a turban for years. To my knowledge, none of them have become uppity or demanded that everyone now start wearing turbans. Go figure…

Meanwhile, PQ leadership hopeful, Jean-Francois Lisée, who apparently didn’t learn anything from the ill-fated Charter of Values debate, has also gone on record as saying that “we need to have a debate on the burkini.” No we don’t.

Let’s end, once and for all, this silly notion that we must debate or discuss something simply because someone brought it up – in this case, France. Some debates aren’t worth having. And attempts at populism and political opportunism need to be denounced loudly when any politician – desperate to score votes or approval – makes them.

While the Liberals have played it safe, simply shying away from the debate or giving very careful answers, so far, the most nuanced and responsible response came from Quebec Solidaire’s Manon Masse who smartly made the distinction between a secular state and people’s choice to wear what they want in public.

She even took it a step further, by expressing her discomfort as a feminist at the sight of a burkini, but understanding that one’s own personal dislike or knee-jerk reaction to something shouldn’t dictate public policy. What a rational conclusion! No wonder no one’s talking about it.