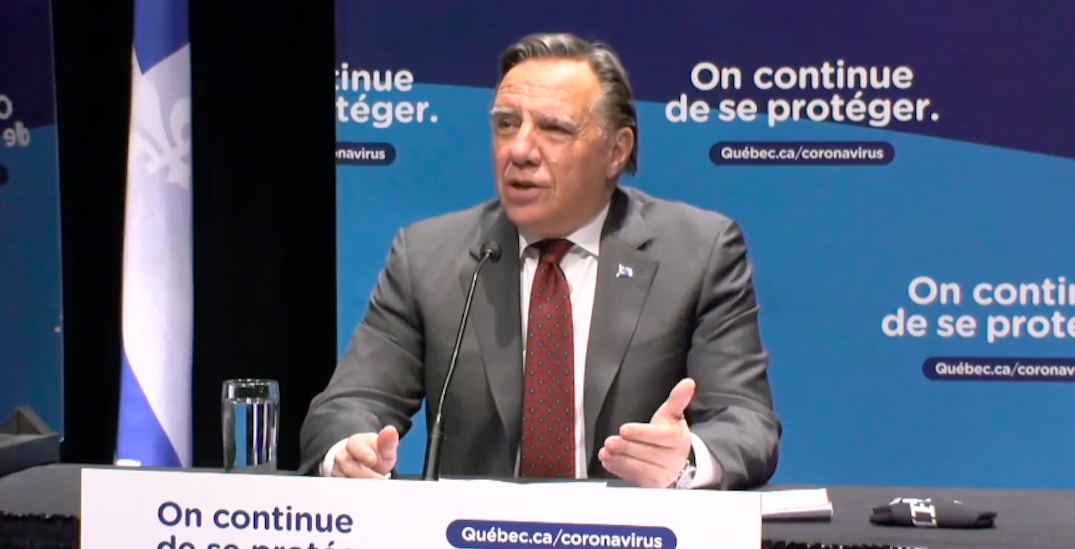 The Quebec government has laid down ground rules for the upcoming Christmas season, attempting to balance family gatherings and school closures while preventing further spread of COVID-19.

Premier François Legault, accompanied by Health Minister Christian Dubé, Public Health Director Dr. Horacio Arruda, and Education Minister Jean-François Roberge, announced what he called a “moral contract” for the holiday season, allowing citizens to gather between December 24 and 27 with a maximum of 10 people.

“Throughout Quebec, we want families to gather,” said Legault in French from Quebec City. “Ideally, however, we want to have a type of confinement one week before and one week after Christmas as a sort of quarantine. We’re asking to limit contact as much as possible with others a week before and a week after.”

Legault says the pseudo quarantine will “limit the risk of contagion” when we see friends and family.

“There is a risk of seeing each other for a few days,” he continued. “However, we must remember that family is at the heart of who we are and our nation.”

Legault says during limited Christmas parties, it is important to have good hygiene and maintain two-metre distances from people, especially the vulnerable.

When it comes to schools, Legault says he expects teachers to speak to their students “at least once a day” and to continue giving out homework, urging students that the isolation break is “not an extended vacation.”

Legault says New Year’s Eve parties will not be permitted and said that no office Christmas parties will be allowed.

In regards to Quebec’s red zone restrictions, which were initially said to be eased in October and then again on November 23, Legault said the restriction date will be extended until January 11.

Meaning all gyms, bars, museums, cinemas, dining rooms, and public venues must remain closed in red zones until at least the new year.

“We are listening to public health. Obviously, if we allowed gatherings on the first of January, it would create additional problems for the following week. That’s why we are saying there cannot be any New Years’ gatherings,” said Legault.

He said he hopes red zone closures will reopen in January: “We hope by then, we will be able to open if there is a decrease in the number of cases.”

Legault says he understands “this is not easy. I’m thinking especially about restaurants, but all of the financial assistance will be extended until then.”

He concluded by briefly mentioning the potential of a vaccine, saying that Quebec “will be ready” when it becomes available to the public.