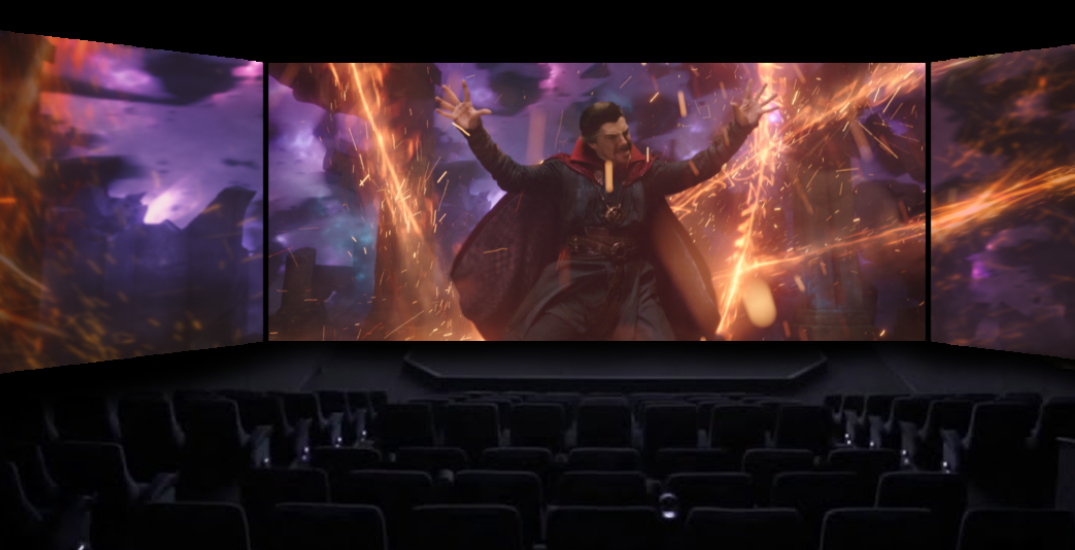 Going to movie theatres in Montreal is about to get a whole bigger. And wider.

What’s more, the inaugural viewing on the immersive screen will be Marvel’s highly anticipated Spider-Man: No Way Home on opening day.

ScreenX is a product of Cineplex that uses a proprietary system to expand specially selected sequences of the film onto the left and right side walls of the auditorium, surrounding the audience with imagery as though they were inside the movie. “ScreenX provides a virtual reality-like setting with cinema-quality resolution, creating a truly immersive experience for moviegoers,” says a Cineplex press released shared with Daily Hive.

Quebec’s first ScreenX auditorium is opening on Friday, December 17 at the Cineplex Odeon Cinema in Brossard. This will become the tenth ScreenX location in Canada.

“We are thrilled to offer movie-lovers in Quebec yet another truly immersive theatrical experience, as audiences across Canada make their way back to theatres,” said Daniel Séguin, Senior Vice President, National Operations, Cineplex. “ScreenX is one of the latest state-of-the-art technologies we’ve introduced to provide a memorable escape for movie lovers that can’t be replicated at home.”

In 2018, Canada’s first ScreenX auditorium opened at Cineplex Cinemas Queensway and VIP in Toronto, Ontario. Here are all the ScreenX locations in Canada:

To date, there are over 363 ScreenX theatres in 38 countries around the world.

In terms of the Spider-Man: No Way Home debut, you might want to act fast as tickets have been selling out remarkably quickly. Take a chance on tickets through the Cineplex website.