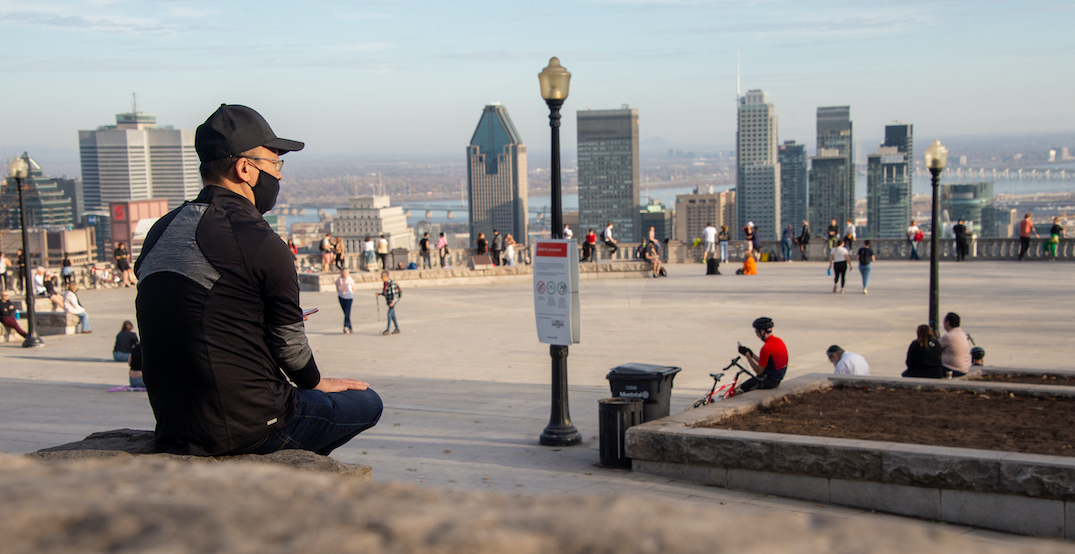 People in Quebec might soon no longer be mandated to wear face masks in public places.

The province’s interim director of public health, Dr. Luc Boileau, is scheduled to make an announcement on Wednesday, May 4 at 11 am.

Last week, Boileau said he expects the province’s mask mandate — the last in Canada — to be lifted as of May 14.

At the time, the director of public health said he believes Quebec has peaked during its sixth wave of COVID-19, citing that “all signs are pointing in that direction,” amid a drop in COVID-19 cases and hospitalizations.

During last week’s press conference, Boileau said that public health would “have a firm date” on when Quebec will drop the mask mandate in public places.

Boileau said there will be exceptions for where the mask mandate stays in place, citing public transit and health-care settings as examples. He also admitted he doesn’t think the government will force the use of masks again for potential future waves of COVID-19.

“We will most likely go into different phases,” he said. “We do not wish to come back with this as mandatory.”

In March, the CAQ government said the indoor face mask mandate would be removed across the province “by the latest mid-April.” At the time, Boileau said the epidemiological situation was “going very well” during Quebec’s transition to a “return to normal.”

The province had initially said it would do away with masking in public on April 15, but a resurgent COVID-19 virus forced the CAQ government to reconsider.

When asked by reporters if the mask mandate could make a resurgence in the fall amid colder weather, Boileau says he “doesn’t foresee it, for now.” He says Quebecers now have the knowledge to decide for themselves how to handle the virus.

“We strongly suggested that people could evaluate their own risk and see if they wish to take some personal measure,” he said. Boileau says he figures that “a lot of Quebecers” will continue to wear masks whenever the government decides to lift the mandate.