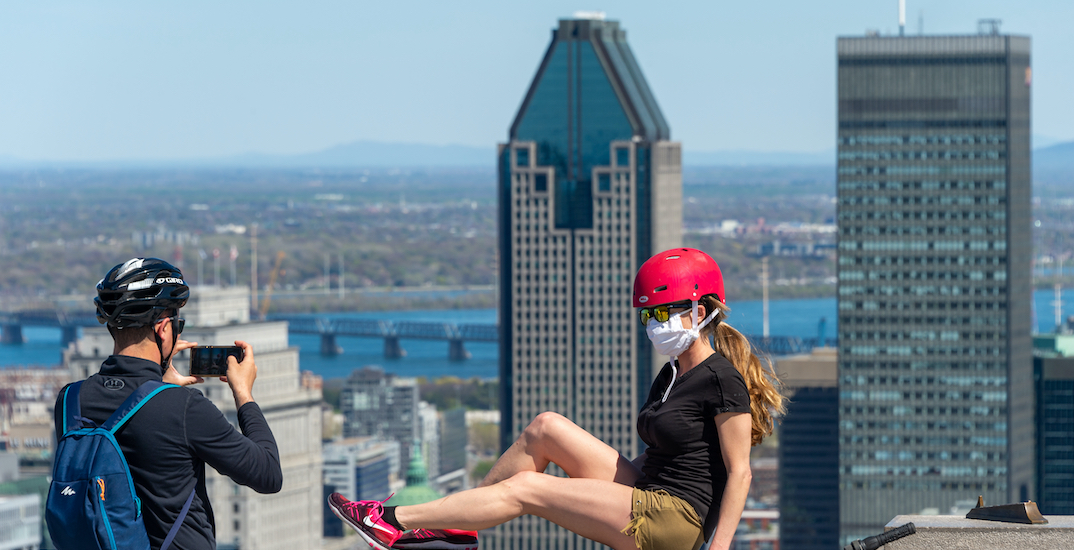 Quebecers are the least worried when it comes to a potential second wave of the coronavirus, according to a new poll from the COVID-19 Social Impacts Network with the Association for Canadian Studies.

The study was published on Thursday as governments throughout North America start easing pandemic measures. The study found that 86% of Canadians were “totally concerned” about a second wave, with Quebec being the least worried, at 78%.

Ontario and British Columbia led the nation with 91% of residents feeling “total concern” about a second wave, according to the poll.

The survey found a significant contrast between English and French speakers in the province, with 59.5% of Anglophones being “very concerned” about a potential second wave, versus 27.5% of francophones.

“Many experts predict that a second round of COVID-19 cases is inevitable come fall just as provinces in Canada and states to the south of our border are actively pursuing de-confinement measures,” the poll said. “There has been increased public discussion amongst elected officials about the need for readiness to combat a second wave of the virus.”

On a continental scale, 32% of Quebecers were “very concerned” about the fall’s potential second wave, compared to over 50% in the USA, Ontario, and Alberta. 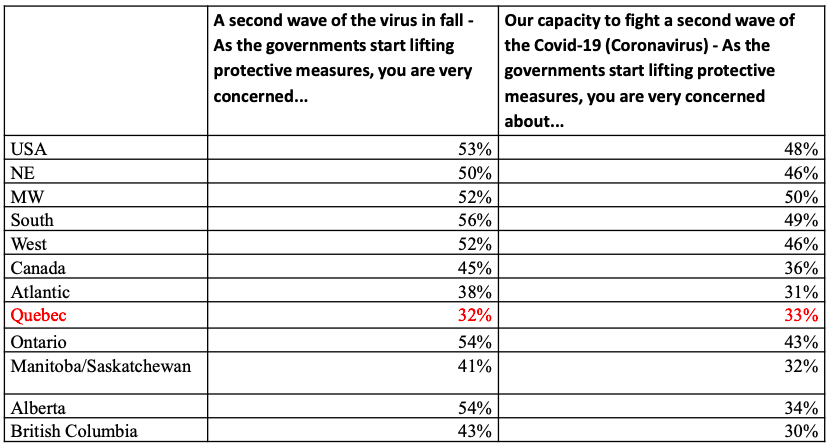 Visit the ACS AEC website for the full survey.