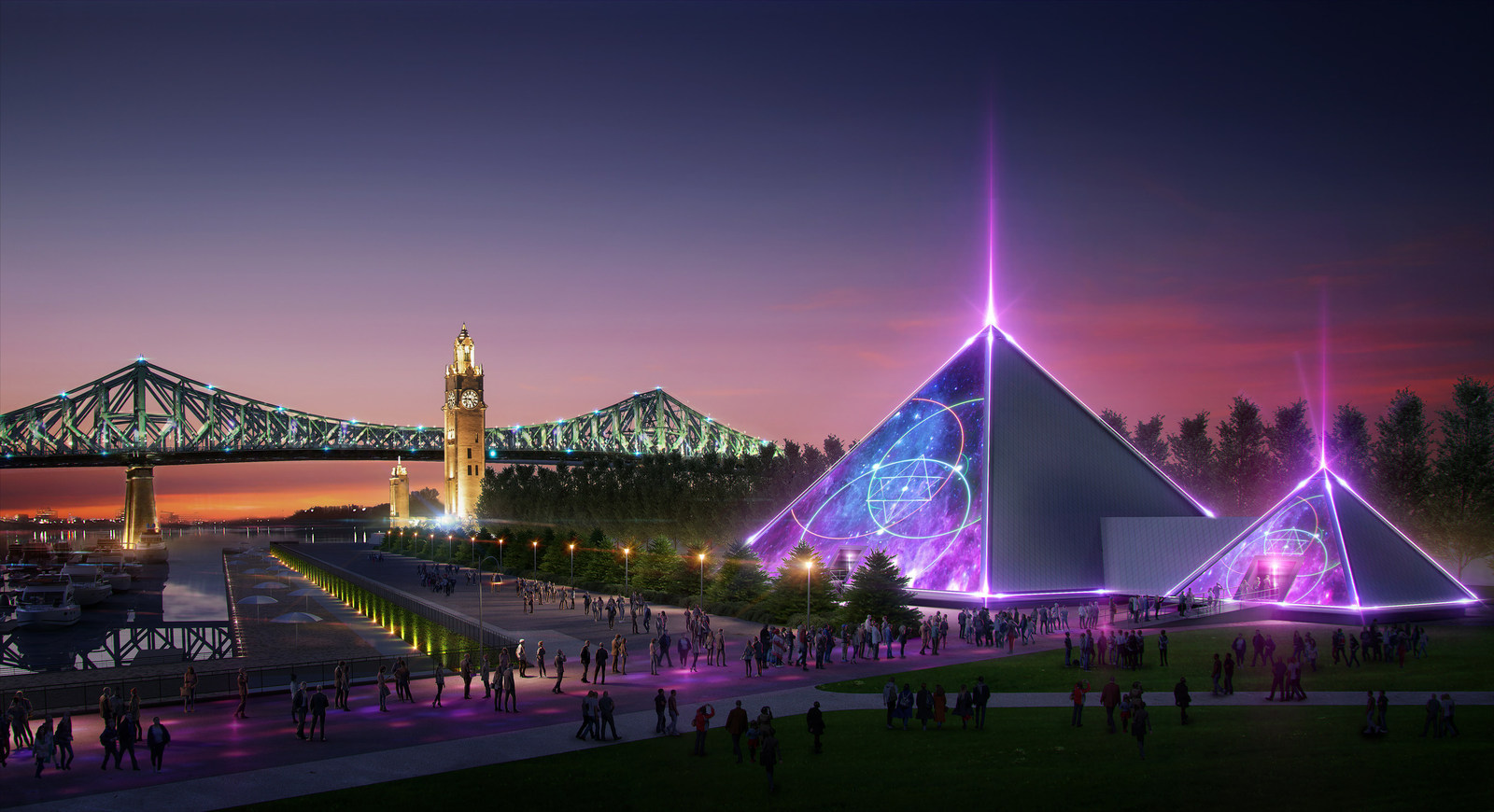 Montreal’s Old Port will be home to a spectacular first-of-its-kind, pyramid-shaped attraction in June.

The entertainment venue is being created by Cirque du Soleil founder Guy Laliberté and developed by his company Lune Rouge.

The innovative venue, dubbed PY1, is “an entirely new entertainment concept,” according to the company’s press release. The pyramid venue will offer a multi-sensory experience, state-of-the-art technology and a unique playground for multimedia experiences combining high tech with the talent of the greatest digital creators.

The PY1 experience is slated to make its worldwide debut with Through the Echoes, a show produced exclusively for the pyramid, in June 2019 on the Clock Tower grounds in the Old Port.

Through the Echoes is a multidisciplinary 60-minute show. Audiences will be surrounded by lasers, 360-degree projections, kinetic video aerial scenery, lighting and atmospheric special effects. Immersed in a variety of soundscapes, the show will explore the thread of space and time, from our origins to our possible futures in a very dream-like spectacle.

“Through The Echoes will be a totally immersive experience, a technological and emotional odyssey which tells the story of life from the Big Bang until today,” explained Guy Laliberté, the founder of Lune Rouge. “The audience will play the main role and take center stage.”

The pyramid venue, designed for the general public, will provide four possible configurations that will hold up to 1,000 people. After hours, the structure will transform into a nightclub that will house sound and visual effects as well as performances by carefully selected, renowned DJs.