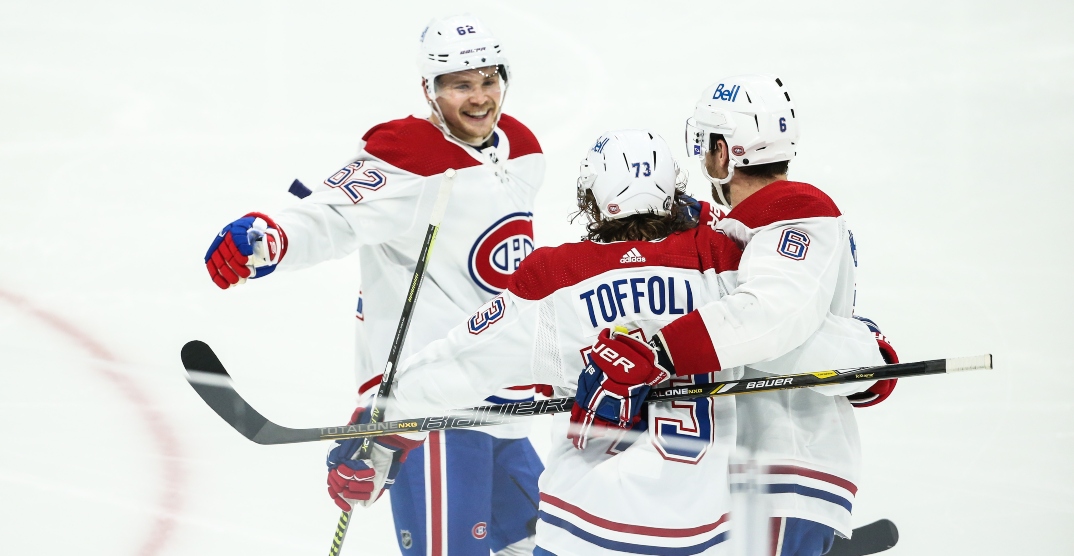 The Montreal Canadiens are heading home with a 2-0 series lead. Carey Price made 30 saves for his eighth career playoff shutout and a slick shorthanded goal by Tyler Toffoli in the second period stood up for a 1-0 win over the Winnipeg Jets on Friday.

A Toffoli shorty gets the @CanadiensMTL on the board first! 🚨 #ItsOn pic.twitter.com/qYocIYP6Al

The Canadiens have now won five straight games in these playoffs and have not trailed in a game at any point during this streak.

Price was outstanding for Montreal once again, but he also got some help from his defence — like this play by former Jet Ben Chiarot to break up a 2-on-1 in the first period.

After a high-scoring Game 1, this was more of the goaltending duel you may have expected to see in this series. Late in the third period, Connor Hellebuyck also made some big saves to keep Winnipeg in the game.

Without their top two centres, the Jets just weren’t able to get anything going offensively in Game 2. Mark Scheifele began serving the four-game suspension he was handed for his hit on Jake Evans in the final minute of Game 1, while Paul Stastny sat out for the second straight game with an undisclosed injury.

With Evans out indefinitely with a concussion, Artturi Lehkonen got the nod over Tomas Tatar to take his spot in the lineup on Friday.