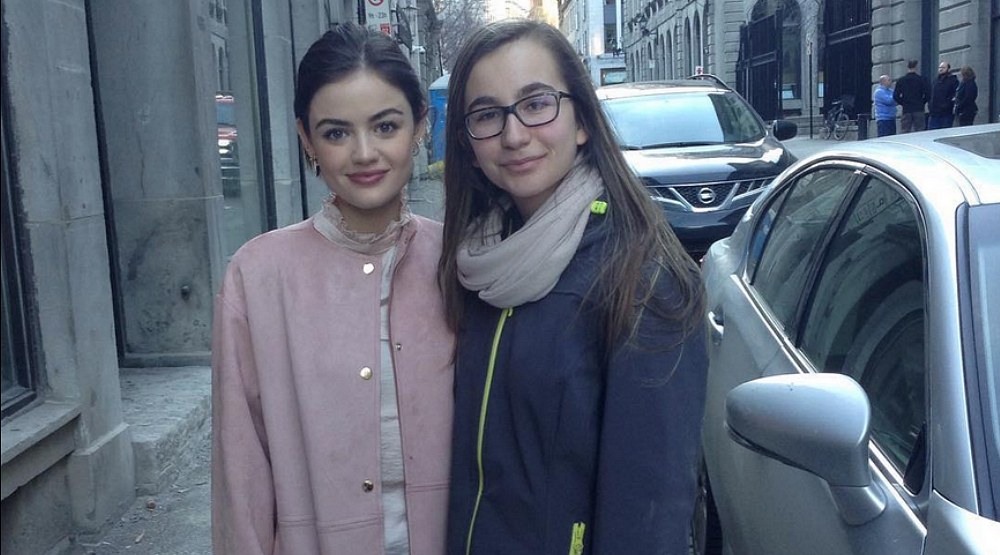 Lucy Hale has been spotted all over Montreal this past week.

The 27-year-old Tennessee native, most famous for her role as Aria Montgomery on Pretty Little Liars, has been seen wandering the streets of downtown Montreal and Old Port, stopping by some of our fave restaurants and sites.

She has been chronicling her trip on her own Instagram page, posting photos of her wandering around the Montreal Museum of Contemporary Art and eating a crepe at Old Port’s Bistro Marche De La Villette.

Photos of her posing with fans on the streets of Old Montreal have also surfaced. And we must say, we love her long pink coat!

Hale is reportedly in Montreal filming her latest cinematic endeavour, the TV series, Life Sentence. Life Sentence is a soon-to-be CW show about a woman who was diagnosed with terminal cancer, only to find out she’s actually going to live. Having previously been “living like she was dying,” she then has to figure out how to move on her with her life. The one-hour dramedy also stars Gillian Vigman and Dylan Walsh.

Be sure to look out for Lucy the next time you’re wandering around our fair city!