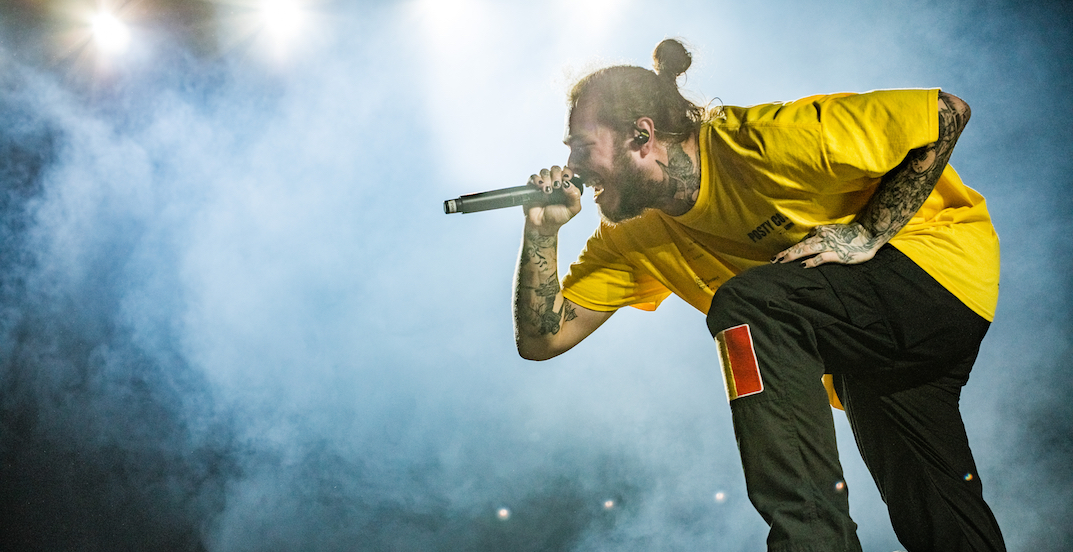 Last weekend was post-snowstorm and this weekend is Post Malone.

After announcing the extension of his North American “Runaway Tour” in November, the multi-platinum-selling rapper will swing by the Bell Centre on Sunday as part of his tour which is promoting his recently released third album, Hollywood’s Bleeding.

The first leg of Malone’s tour wrapped up in Los Angeles in November and round two kicked off at the beginning of February in Nebraska.

Tickets for Malone’s Montreal show are still available through LiveNation, ranging from $236.34 to $1,048.32 if you want to get real close to the 24-year-old star.

Rappers Swae Lee and Tyla Yaweh will be joining Malone for his Bell Centre gig, having been part of his tour for several other stops along the way.

The only other Canadian show included in Malone’s tour is on Friday, February 14 at Toronto’s Scotiabank Arena.