Passengers on eight international flights that touched down in Montreal could have been exposed to COVID-19, according to the Canadian government.

Five domestic flights that departed from Montreal and one that landed at YUL could also have led to a virus exposure.

On the Government of Canada website, officials have updated a list that features which flights with confirmed coronavirus cases have arrived or departed from Montreal.

On July 16, an Air Canada flight (AC871) from Paris that touched down in Montreal had at least one infected case. Two July 18 flights had cases as well, one from Mexico City (AM680) and one from Frankfurt (AC875). Two Air France flights (AF342) also had at least one case and its affected rows have been identified. Three flights from Doha were infected as well, the most recent coming on July 24.

The Government of Canada specified which rows could have been affected, where available. 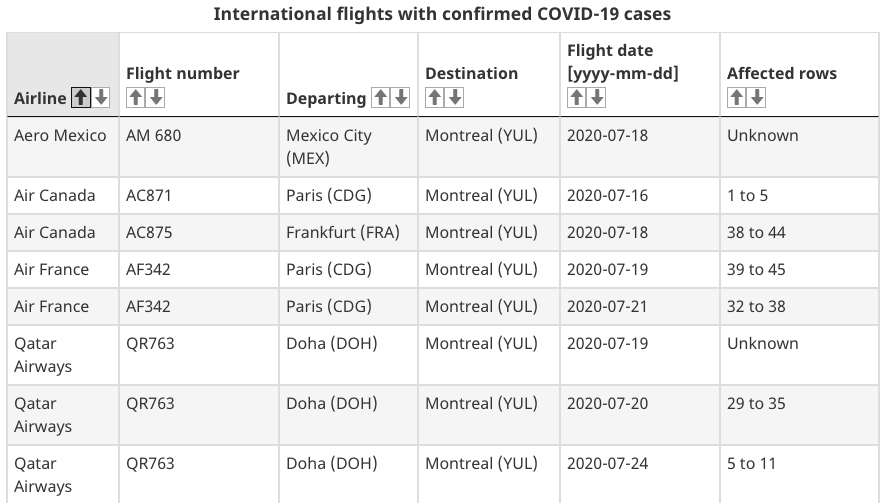 Air Canada has four total flights that departed from Montreal that had a confirmed case and one that landed in Montreal from Toronto. Four cases occurred on July 20 flights and a recent trip from July 24 to Toronto had at least one case.

All of the domestic flight’s affected rows have been identified except for the July 20 flight out to Vancouver.