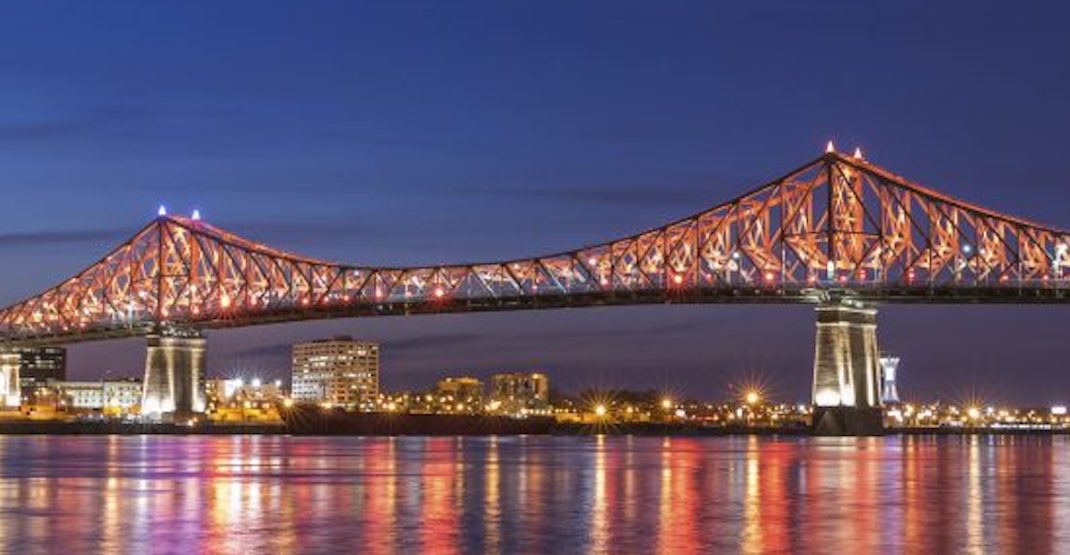 The Samuel de Champlain Bridge and the Jacques Carter will be lit up red tonight in honour of Remembrance Day.

The Champlain Bridge will be illuminated at dusk until midnight.

“On November 11, the Samuel De Champlain Bridge will be illuminated in red to pay tribute to the men and women who have served Canada with courage, resilience, and honour throughout its history,” says Catherine McKenna, Minister of Infrastructure and Communities.

“For many, the Samuel De Champlain Bridge has become a symbol of strength and solidarity, and its special illumination for Remembrance Day will show our gratitude for all those who have fought for our freedom, peace, and democracy.”

On the other side of the island, the Jacques Cartier Bridge will be “soberly lit” beginning at sunset.

At the beginning of November, Infrastructure Canada announced the Champlain Bridge will continue to light up in rainbow colours every Sunday from 8 to 9 pm.

The bridge’s illumination is to show support to Montrealers and Canadians in the fight against COVID-19.