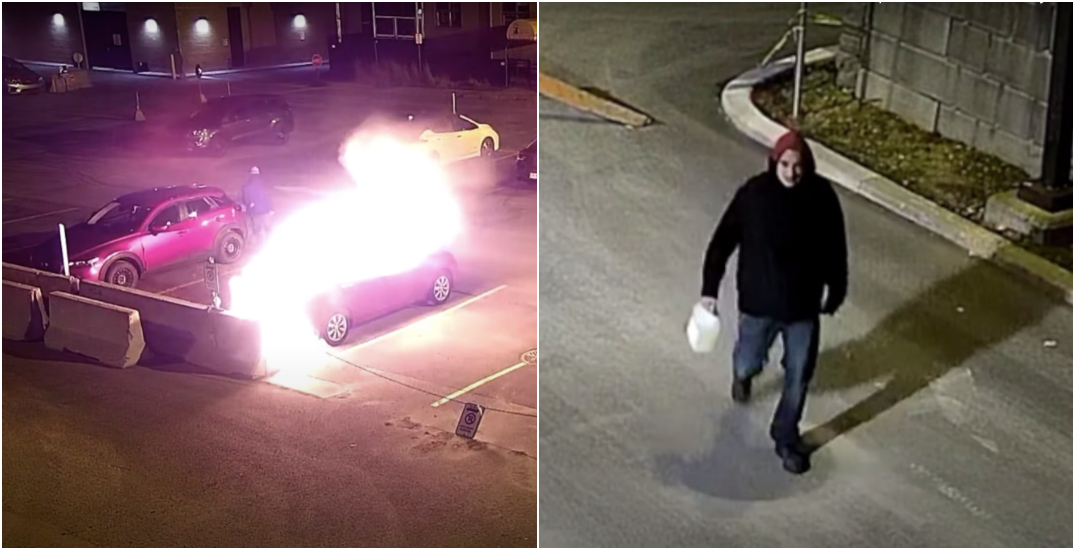 The Service de police de l’agglomération de Longueuil (SPAL) is seeking the public’s help to identify a suspect caught on camera torching a car in a hospital parking lot.

According to the SPAL, on April 19 at 2:20 am, the suspect allegedly filled a container of window washer fluid with gasoline at a gas station near Charles-Le Moyne Hospital in Longueuil.

The suspect is recorded walking into the staff parking lot and can be seen attempting to smash the car’s windows with an unidentifiable object before setting the car ablaze.

The SPAL describes the suspect as a 25-year-old white man. They are asking anyone with information to submit an anonymous tip to 450-646-8500.

Police didn’t mention any further details or potential motives for the fire.