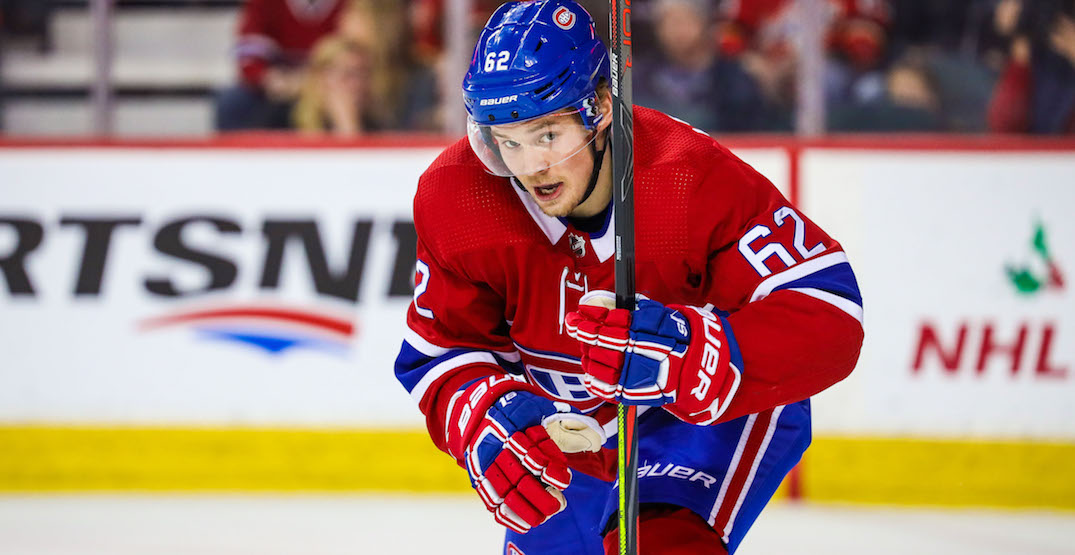 The Montreal Canadiens have been around for a while. More than 100 years, in fact.

The Canadiens have dug themselves a huge hole and they’re not showing any signs that they’re capable of digging themselves out of it.

So why continue to run out this same group? There may not be any trades Marc Bergevin can realistically make that would save this team, but there are several players they can and should move on from.

This isn’t about tanking. If the Canadiens want to lose as much as possible, they should just keep the current group intact. They’re doing a great job of that.

This is looking like it’s going to be a long and miserable year for Habs fans. But if the team isn’t going to win anything this season, they should at least try to learn a few things from it. Give opportunities to younger players who otherwise may not have gotten them. To make room for them, get rid of some older players who aren’t in the plans for the future.

The best thing to do at this point is to thrust younger players into bigger roles. Don’t wait until the trade deadline and then leave them 20 games or so at the end of the season. Start the process now. Give Ryan Poehling more minutes. Put Mattias Norlinder in the lineup. Call up Jesse Ylönen. Once they’ve seen what they want from him in the AHL, bring Cole Caufield back up. They have nothing to lose.

Unfortunately for Bergevin, pretty much nobody on the Canadiens is having a good season, which means he’ll be selling low on everyone. Changes still need to be made, though. With that in mind, these are six players should be calling other GMs to let them know they’re available.

Artturi Lehkonen has yet to score a goal this season and has just five assists in 18 games. Of course, no one expects Lehkonen to provide much offence.

Now in his sixth NHL season, the 26-year-old has been around long enough for people to know what he is. He’s a bottom-six forward who kills penalties. Maybe there’s a contender who sees some value in that. He’s also on a one-year contract that pays him just $2.3 million and will only be a restricted free agent this offseason.

Lehkonen will always have a place in Habs lore. He scored the franchise’s biggest goal since 1993 in last year’s playoffs, the unlikely overtime hero in Game 6 against the Vegas Golden Knights that sent the Canadiens to the Stanley Cup Final. He’s served the team well, but it’s time to move on.

Ben Chiarot was part of the “big four” on Montreal’s blue line in last year’s postseason that played a huge role in the team reaching the Stanley Cup Final. The other three were Shea Weber, Jeff Petry, and Joel Edmundson.

Weber’s career is more than likely over. Edmundson hasn’t played yet this season, either. Petry’s struggles have been jarring. Then there’s Chiarot, who’s tied for the team lead with four goals.

That’s moreso just a funny stat — and something that helps explain why this season has gone the way it has for the Habs — than it is a reason another team would want to trade for him. Chiarot’s never been a big offensive producer from the back end and no one would expect him to be moving forward.

But the work he did shutting down down other teams’ top players in last year’s playoffs might be a reason someone would want him. Chiarot will be an unrestricted free agent after the season and seems certain to move at some point. Might as well try to find him a new home sooner than later.

Like Lehkonen, Brett Kulak has also been around long enough for the Canadiens to know what he is. The 27-year-old is in his fourth season with the team and has proven to be a serviceable bottom-pair defenceman. Like Chiarot, Kulak will be an unrestricted free agent after this season.

With this Habs season already circling the drain, there’s no reason to wait until the trade deadline to move them. Why delay the inevitable? We’re trying to encourage the Canadiens to accept reality and be proactive here. Get what you can for them now and see what other players can do with those minutes.

The David Savard signing made some sense at the time. The Habs were all of a sudden trying to fill a huge hole on their blue line caused by Weber’s injury situation. Savard was a big, right-handed shot who had just helped the Tampa Bay Lightning win a Stanley Cup and could at least be trusted to help take on some of Weber’s defensive responsibilities.

That’s just another thing that hasn’t gone according to plan for the Canadiens this year, though. As expected, he isn’t providing much offensively, with just three points — all assists — through 18 games, but Savard has also looked slow and gotten burned on far too many plays where the puck ended up in Montreal’s net. His minus-9 rating is by far the worst among the team’s blueliners, with Petry’s minus-4 being the next worst.

Just seven months ago, the Lightning gave up a first-round pick to acquire Savard from the Columbus Blue Jackets. The Habs aren’t going to get that for him now — not with how he’s played so far this season and not when they’re asking teams to take on a contract that runs through the 2024-25 season. But his $3.5-million cap hit isn’t inordinately expensive, and he isn’t far removed from being seen as a valuable asset. It may be possible to move him to a team looking for help on their blue line, and Bergevin may be wise to try to get out from under this contract while he still can. There are already some serious Karl Alzner vibes going on here.

Bergevin would probably like a do-over already on a few of the moves he made in the offseason. Among those might be the four-year, $13.6-million contract ($3.4 M AAV) he gave to keep Joel Armia around.

Armia has just a goal and two assists to show for the first 18 games of the season. The enigmatic winger can be an impact player at both ends of the ice when he’s on his game, but consistency is something he’s always struggled with.

Like Savard, Armia is signed through the 2024-25 season, and that term combined with his play so far this year could make him tough to move. But perhaps there’s a team intrigued enough by what Armia looks like at the top of his game that they’re willing to take a chance on him.

There’ve been times throughout his tenure in Montreal where it looked like things were starting to come together for Jonathan Drouin. Then, for a variety of reasons, things would stall.

After a decent start to this season, Drouin was hit in the head with a shot and ended up missing six games before returning to the lineup on Tuesday. He hasn’t scored a goal in the last nine games he’s played in and has just two assists in his last six games.

Just about everyone is rooting for Drouin. But now in his fifth season with the Canadiens, it’s fair to wonder whether things ever will come together for him, at least in Montreal.

Drouin’s contract carries a $5.5-million cap hit. It’s perhaps a bit of an expensive ticket for him, but not by a ton. He’s also only signed through next season, so he wouldn’t be too risky of an acqusition. Of all the players on this list, he seems like the one most likely to bring the Habs a decent return. At 26, Drouin is still young and talented enough that there could be teams out there who see him as an intriguing reclamation project.

But for a while now, Drouin has seemed like someone who could benefit from a change of scenery. Even before be stepped away from the team last season to address his mental health. The pressure in Montreal can be a lot for any player to deal with, and that can especially be the case for a French Canadian.