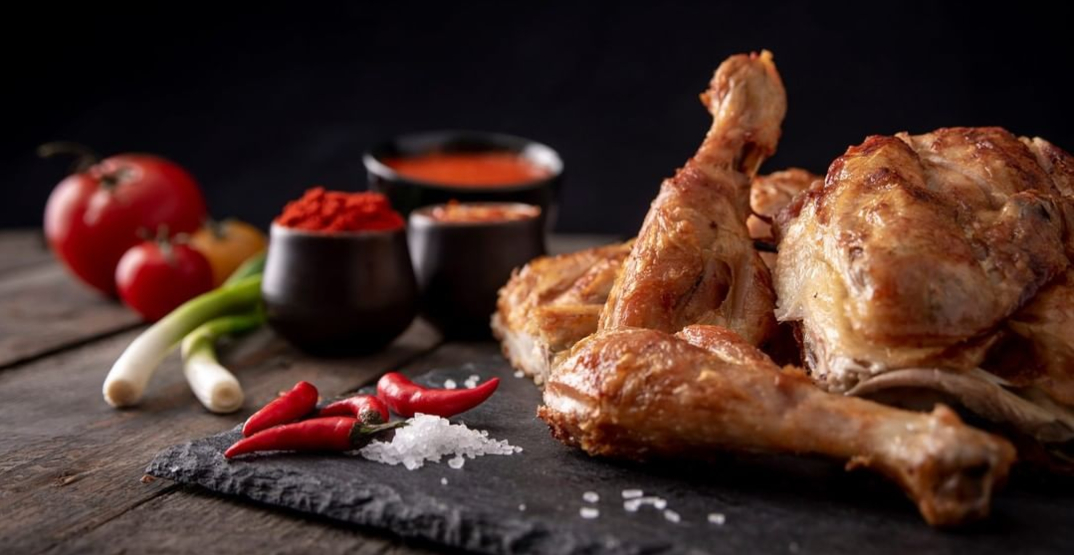 Because Quebec is about to get a whole lot more Portuguese chicken.

Piri Piri currently operates five locations across the Montreal metropolitan area, the first of which opened in 2012.

According to the restaurant’s press release, the Sherbrooke Street location will serve as the flagship location and will also operate as a training and role model for new franchisees and managers in the years to come.

“Piri Piri is open for business and is looking for entrepreneurs to join in the success,” says the company. The Portuguese rotisserie — now the only Portuguese Canadian-owned restaurant chain in the country — plans to have 25 locations in operation across Montreal by 2025.

Piri Piri Rotisseries was created by Portuguese Canadian entrepreneur Antoine Charles Assuncao with its first location in 2012. “Piri Piri Rotisseries stands out as a pioneer in transforming the rich Portuguese cuisine into a successful chain of quick-service restaurants while keeping its authenticity, freshness, and taste,” says the company.

Potential franchisees are invited to meet the chain’s franchising directors at the Franchise Expo on November 13 and 14 at the Palais des Congrès.

There are currently five corporate locations in Montreal: Hochelaga, Plateau, Masson (the original), Côte-des-Neiges, and the Quartier Latin. Four franchises have been sold in Vaudreuil, Beauharnois, Brossard, and the West Island, with four new locations in final negotiations.

“We are very proud to have been able to add four new franchises to our network, even though we were still in pandemic mode,” says Mahmoud Chahrour, partner & director of franchising at Les Rotisseries Piri Piri Franchises. “Coming out of COVID will bring a great potential for development and growth for Piri Piri.”