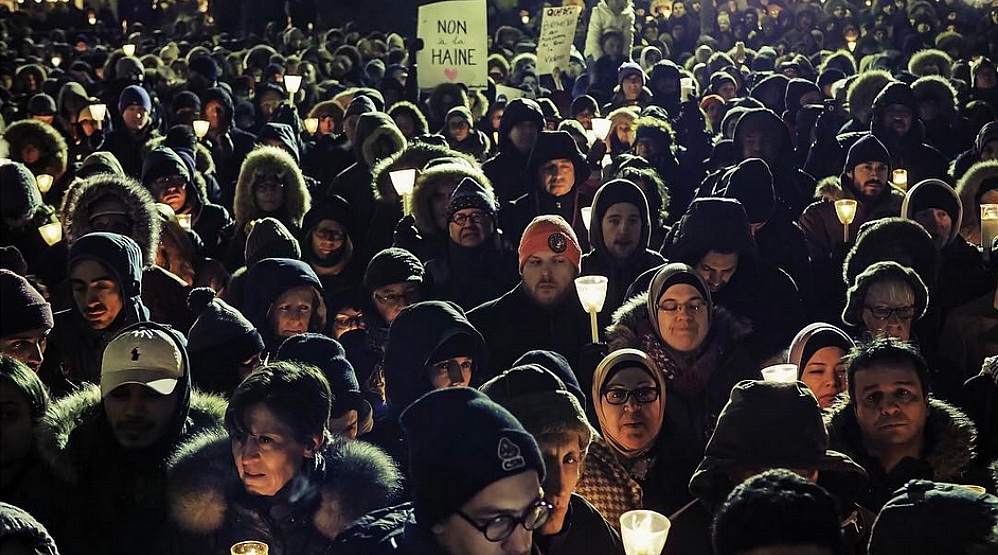 Last night, Canada chose love over hate with vigils being held across the country for the victims of Sunday night’s attack on a mosque in Sainte Foy, Quebec.

In response, cities including Halifax, Winnipeg, and Montreal held vigils honouring the victims.

In Montreal, thousands of people gathered outside Metro Parc, lighting candles and holding signs denouncing the acts of violence and expressing support for the Muslim community in Canada.

The vigil began with a moment of silence, followed by the reading of the six victims’ names. Several Muslim speakers took the stage giving speeches denouncing Islamophobia, all the while crowds were passing around candles and warm beverages to keep warm.

Ultimately, the ceremony finished with a prayer and culminated in messages of love, unity, and solidarity.

For those unable to attend, here are 19 photos from last night’s vigil held at Gare Jean Talon.