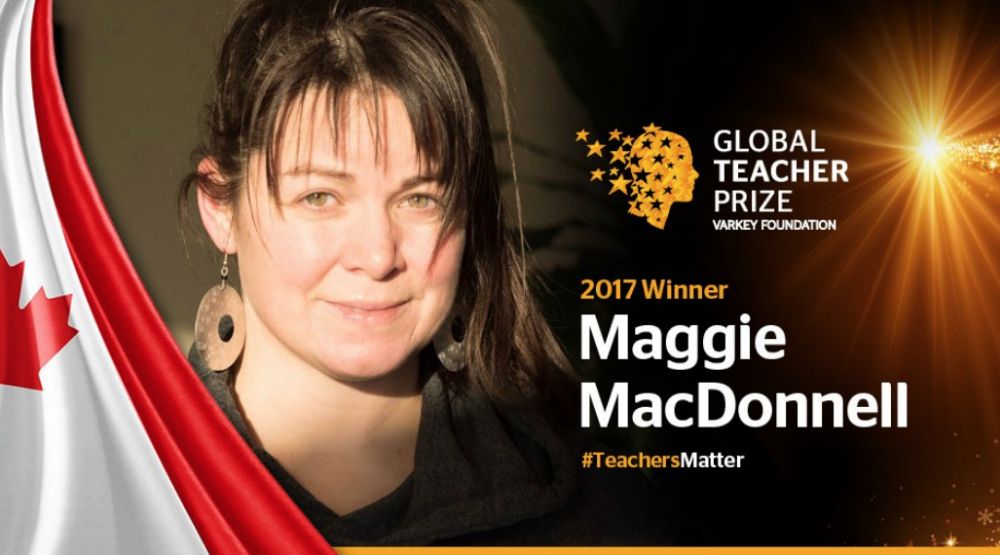 Late last month we reported that a Quebec teacher named Maggie MacDonnell was in the running for a $1 million teaching prize.

The Global Teacher Prize is awarded annually by the Varkey Foundation, a non-profit organization aimed at improving the standards and quality of education around the world.

As of February 22nd, MacDonnell had been named one of ten finalists still in the running for the prestigious prize. However, the winner was not set to be announced until March 19th.

This weekend the announcement was finally made, with the Varkey Foundation naming MacDonnell as the 2017 winner of the Global Teacher Prize.

The announcement was made via French astronaut Thomas Pasquet through a video message filmed at the International Space Station.

Watch as the 2017 Global #TeacherPrize Winner is announced from the @Space_Station #TeachersMatter @esa #GESF pic.twitter.com/PYrvk7UkWR

In a statement released by the Varkey Foundation, they said that MacDonnell “made an outstanding contribution to the lives of her students and everyone in Salluit.”

MacDonnell is originally from rural Nova Scotia but has been teaching in remote Inuit community, Salluit, which is located in the northern Nunavik region of Quebec. Since beginning her teaching position at Ikusik School, MacDonnell has started a running club to improve the physical health of her students. She also worked with the community to build a fitness centre for both children and adults, a community kitchen, and a second-hand store.

Congratulations Maggie! Thanks for everything you do to help your students build stronger futures. #TeachersMatter https://t.co/AmOEJUM4Pp

Previously, MacDonnell had stated that she would use the money to establish a non-profit organization that focuses on environmental-related programs for youth, as well as a kayak program that would give Inuit children better access to the land.
Congratulations, Maggie! This award is definitely well-deserved.