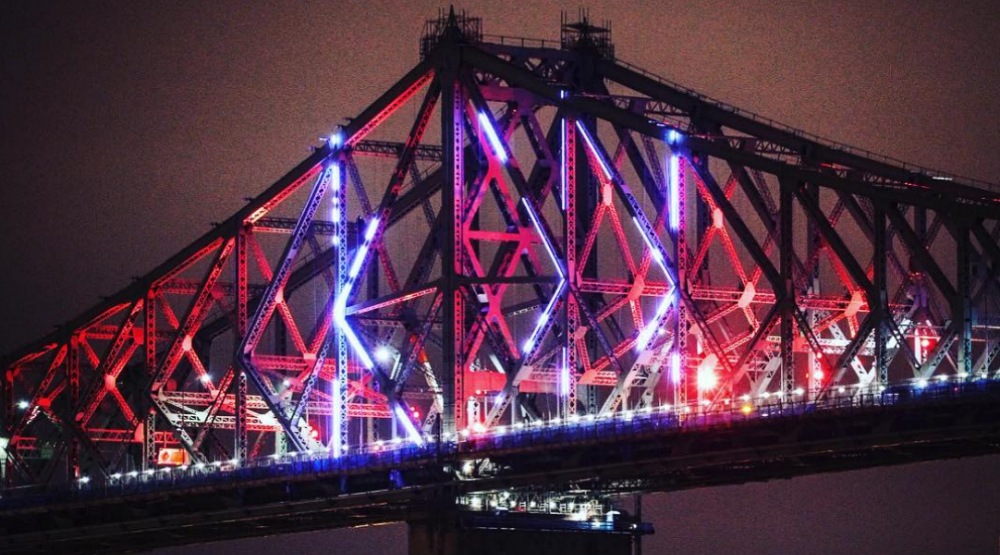 Last fall we reported that Montreal’s iconic Jacques Cartier Bridge was going to be lit up in honour of the city’s 375th birthday.

While some were excited about the thought of our city being home to an illuminated landmark, others questioned whether it was worth the $39.5 million price tag.

Despite concern over cost, the city went ahead with the plans and have now officially launched their “Living Connections” project.

Earlier this week, Montrealers far and wide noticed that the bridge had already been lit up. Covered in blues, reds, and greens, it was quite a sight to behold.

For those that have yet to witness the illuminated Jacques Cartier Bridge in the flesh, check out the 12 photos below.